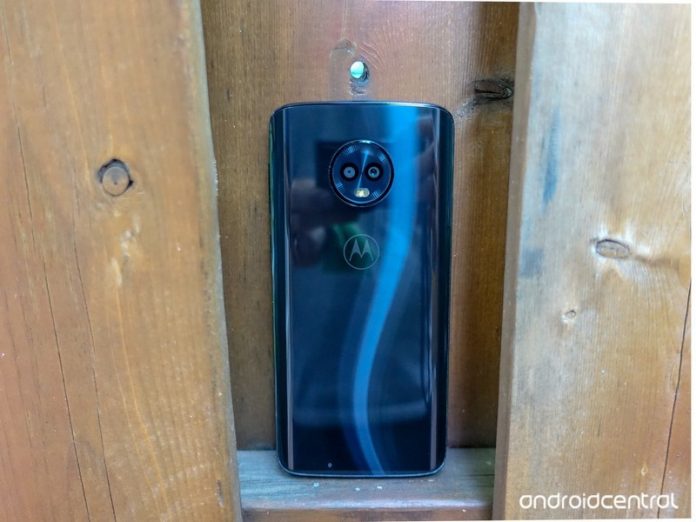 We’re a virtual company made up of tech experts from across the globe. We live and breathe Android phones, and use nearly every one to find the best budget picks for you. 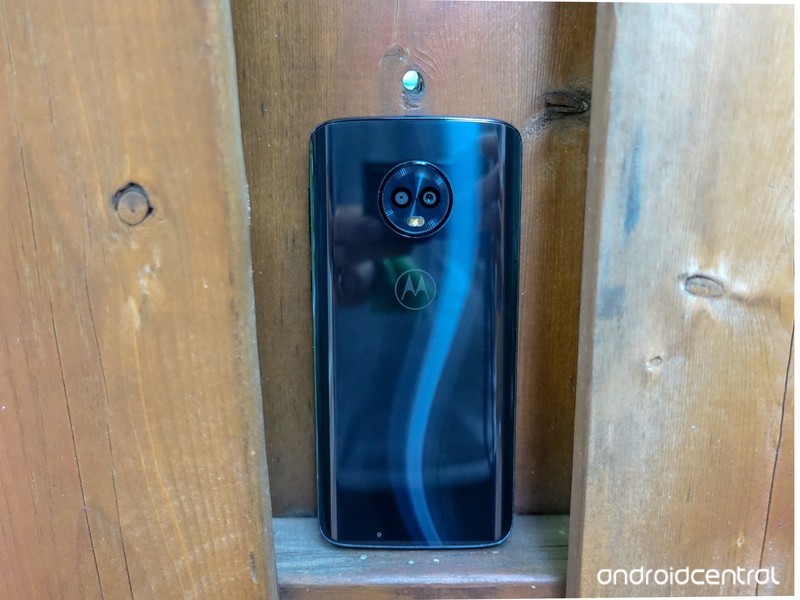 The Motorola Moto G6 currently offers the best combination of performance, features, and value. It overshadows the competition with its wide availability, fast performance, and support for nearly every network in the world, beating out a number of rivals from Nokia and Honor. 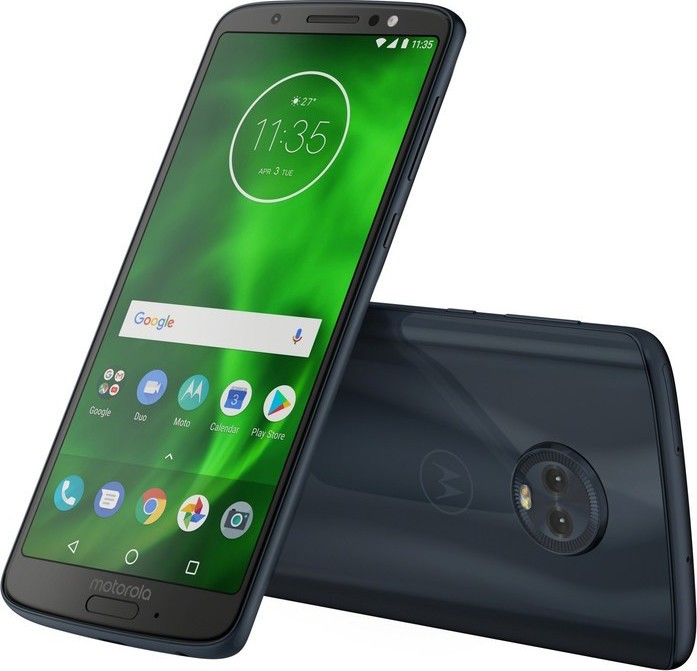 The best budget Android phone for most people.

A winner in every respect, from the modern design to the dual camera setup and excellent performance, the Moto G6 represents the pinnacle of Motorola’s dominance in the budget phone space.

Who should buy this phone

Not everyone needs a big, expensive Android phone — especially if they’re looking to buy it outright. At $249 (or less from Amazon’s Prime Exclusive program), the Moto G6 provides 90% of what flagship devices offer at a third of the price. This phone is for anyone coming from an older budget phone, or just looking to simplify and downsize, without losing the core Android experience.

Read our full Moto G6 review to learn more about the phone!

Is it a good time to buy this phone?

Yes. As of June 2018, the Moto G6 is brand new and will continue to be supported and updated by Motorola for two years or more. And because it’s a budget phone already, the price is unlikely to drop dramatically over the course of its life, so anyone looking for an inexpensive Android phone, now is a great time to pick up the Moto G6.

2 reasons not to buy

Flagship phones like the Pixel 2 and Galaxy S9 series can be up into the $700 or $800 range, and many of the features that come with them, like wireless charging or waterproofing, aren’t fundamental to a device’s enjoyment. They’re bonus features.

The best Android phones you can buy

Increasingly, you’re paying so much more for those bonus features that the Law of Diminishing Returns comes into play. At its core, the Moto G6 offers 90% of phones double and triple its cost. A few years ago, that delta would have been a lot more, but the prices of budget components have dropped so much, and retained so much of their more expensive counterparts’ characteristics, that it’s often not worth recommending those expensive flagships anymore.

The Moto G6 and its other budget counterparts on this list have awesome, high-resolution touchscreens, reliable software, and great cameras. Some features, like NFC, drive up manufacturing costs, so you have to weigh whether you need NFC-enabled features like mobile payments. And the Moto G6 also lacks the same graphical power as its more expensive competitors, but most games play without issue, even at medium or high settings, because Android games are designed to play on hardware of all sizes and prices.

The Moto G6 has all the major features you need from a modern smartphone, and the ones it lacks you can easily live without.

Motorola has had five years of practice making the Moto G line into a budget powerhouse; when it designed the first Moto G back in 2013, it eschewed expensive materials like metal and glass and focused instead on the core experience. Starting in 2016, Motorola began finding ways to add important features like fingerprint sensors, and last year, in 2017, the company transitioned the Moto G line to metal. With the sixth-gen lineup, that includes the cheaper Moto G6 Play and more expensive Moto G6 Plus, it’s back to a combination of plastic and glass, it’s a nice visual improvement over previous models.

At the same time, Motorola understands its audience, which is why it added a dual camera setup to the Moto G6. The second camera adds depth effects like portrait mode without sacrificing the excellent pedigree of the main 12MP sensor.

Finally, if you’re in the U.S., the Moto G6 is one of the few sub-$300 phones to work on all four U.S. carriers, and it’s even sold at directly at a couple of carriers, another advantage of Motorola’s long-standing relationship with companies like Verizon.

Alternatives to the Moto G6

Motorola isn’t the only player in town when it comes to cheap phones. In recent years, Honor, a subsidiary of Huawei, and HMD Global, which has reinvigorated the Nokia brand, have kept Motorola on its toes in the budget space. Then there’s Alcatel, which continues to bring down the cost of phone ownership with its new Android Go-powered devices. 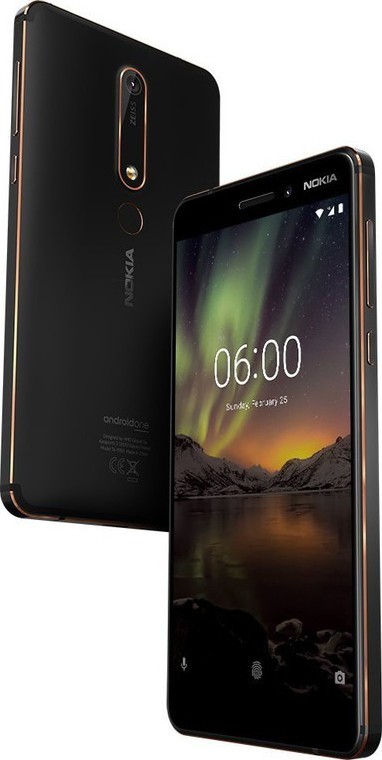 Nokia’s lineup of inexpensive Android phones has received an impressive refresh for 2018, and the $250-ish Nokia 6.1 is the best of the lot. It’s made of a single piece of Series 6 aluminum, which should hold up better than the Moto G6’s glass back, and its Snapdragon 630 processor is quite a bit more powerful. It also runs Android One, which means the updates come directly from Google, so they’ll be more timely, and the Nokia 6.1 will receive Android P before the Moto G6.

On the other hand, the phone only works on T-Mobile and AT&T in the U.S., and doesn’t have the same caliber of camera as the Moto G6. And given that it’s running Android One, it lacks some of the value-added software features like Moto Display that we love on the Moto G6.

Everyone knows the Nokia brand, so we were cautiously optimistic when HMD Global, which is made up of a bunch of former Nokia engineers and executives, debuted a full line-up of Android-powered phones. With its second-generation lineup, which includes the inexpensive Nokia 2.1 and beautifully-designed Nokia 7 Plus, the company has hit it out of the park.

We love the Nokia 6.1 because it hits the right sweet spot between performance and value.

A battery that keeps going

Another great option in the budget space is the Honor 7X, which features a beautiful, tall 5.93-inch 18:9 screen, a really powerful Kirin processor and, best of all, a 3,340mAh battery, all for $199.

Honor, which is owned by Huawei, is able to keep its costs low because it sells more phones than Motorola and Nokia combined. The Honor 7X lacks the nuanced software of either of the above recommendations, but its metal frame covers some really powerful internals.

Honor is one of those companies that, because of Huawei’s problems in the U.S., hasn’t really received its fair share of coverage, and that’s a shame. The Honor 7X is a tremendous phone, especially for its $199 price, and there’s very little it does badly. In other markets, the more expensive Honor 10, takes everything we love about the Honor 7X and improves upon it, while U.S. customers can also enjoy the confusingly-named Honor View10, which shares a lot of the Honor 10’s best traits. 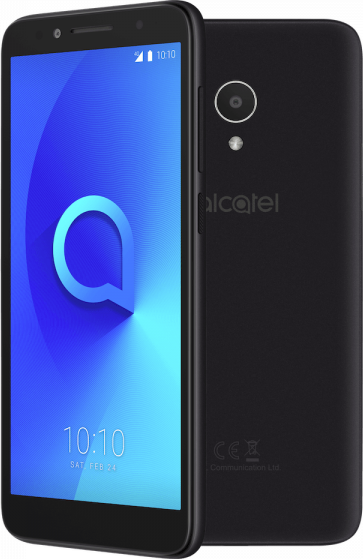 No one thought it was possible, but you can now buy a great Android phone for just under $100. The Alcatel 1X is the latest in the company’s budget lineup, and it’s the first to run Android Oreo Go Edition, Google’s suite of apps and software optimizations to make Android run well on inexpensive hardware.

With the 1X, you lack a lot of the amenities of even the $250 Moto G6 — it’s all plastic, for starters, and only has 1GB of RAM — but if all you need is a basic smartphone to make calls, browse Instagram, and take a few photos, the Alcatel 1X is a fantastic option.

There’s no shortage of awesome Android phones these days, whether you want to spend more than $700, less than $300, or even $100. The above phones represent the best of a set limitation — that of not wanting to overspend on a product that, inevitably, will need to be replaced in a couple of years.

But that’s the beauty of a device that costs a third of what you’d spend on a Galaxy S9 or Pixel 2. It offers 90% of what those phones cost and can be replaced more easily. While you may miss out on some of the more advanced features like waterproofing and wireless charging, and you may not receive as many updates, or for as long, these phones represent a new breed of budget devices you can feel confident in buying. The Moto G6 is the best of the bunch, but they are all great in different ways.

Jerry Hildenbrand is Mobile Nation’s Senior Editor and works from a Chromebook full time. Currently he is using Google’s Pixelbook but is always looking at new products and may have any Chromebook in his hands at any time. You’ll find him across the Mobile Nations network and you can hit him up on Twitter if you want to say hey.