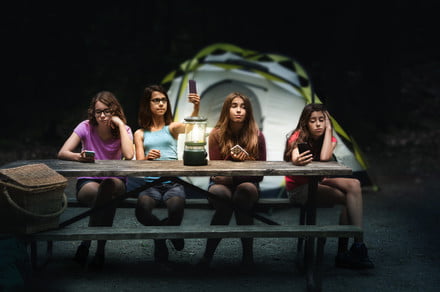 It’s no secret that smartphones take up a large part of our time and attention spans. In an effort to understand people’s “phone-life balance,” Motorola released results from a new survey that examines smartphone habits and how this might impact relationships. What it found wasn’t too shocking — users are putting their smartphones before others.

To gain more knowledge on user behavior, Motorola developed a global study in partnership Dr. Nancy Etcoff from Harvard University and the Massachusetts General Hospital Department of Psychiatry. The study was issued by independent research company Ipsos and looked at behaviors and phone use habits across generations in an effort to understand how smartphones impact our relationships with ourselves as well as others.

The study found that people one-third — 33 percent — of respondents prioritize their smartphone over interacting with other people, like friends and family. But the issues with phone-life balance came specifically from the younger generations who have grown up to only know of a digital world. In the survey, over half — 53 percent — of Gen Z respondents (those born from the 1990s to the early 2000s) described their phone as their best friend.

But the results also showed that people are recognizing the issue and want to find a balance. It was 61 percent of participants who agreed they want the most out of their phone when they’re using it, but also want to actually experience life when they’re off their phones. A majority of respondents — 60 percent — said it was important to have a life separate from their phones.

Within the study, there were also three key problematic smartphone behaviors were identified — compulsive checking, excessive phone time, and emotional over-dependence. Half of the participants agreed they check their phone more often than they like to and feel the need to do it constantly. A third also agreed they spend too much time on their smartphones and feel they would be happier if they cut back.

With this knowledge, Motorola recognizes that smartphone users are in need of a better phone-life balance. In an effort to help others, the company has put together a simple 10-question survey that allows you to understand how you compare to other phone users and tips to improve your smartphone habits.


Facebook
Twitter
Pinterest
WhatsApp
Previous articleWant to do some science? Here’s a smartphone microscope you can 3D print
Next articleHTC announces U.S. layoffs as smartphone and VR divisions merge