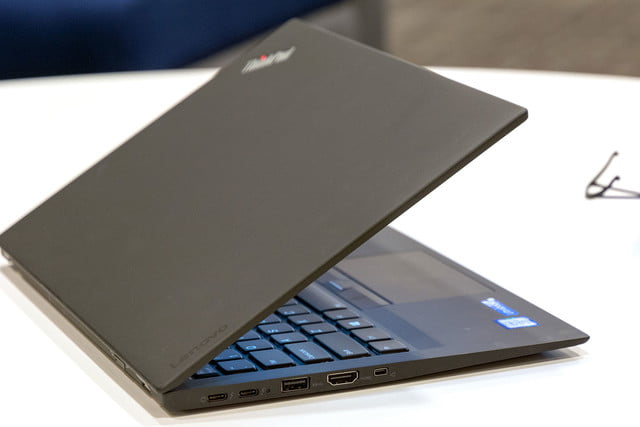 Lenovo’s ThinkPad X1 Carbon has been one of our favorite business-class notebooks for a few years now. It’s solidly built, offers good performance and outstanding battery life, and it maintains that iconic ThinkPad aesthetic. Unfortunately, the latest model also has a loose part that could turn it into a rather significant fire risk — and it’s now subject to a rather important recall.

According to a Lenovo recall notice, certain models within the ThinkPad X1 Carbon 5th Gen line have a very particular problem:

“Lenovo has determined that a limited number of such laptops may have an unfastened screw that could damage the laptop’s battery causing overheating, potentially posing a fire hazard.”

The specific models that are affected include the following machine types:

Only ThinkPad X1 Carbon 5th Gen machines manufactured between December 2016 and October 2017 are affected. You can check your machine to see if it qualifies by looking at the labels on the back of the machine as per Lenovo’s instructions. Also, you’ll want to submit your machine’s serial number on the Lenovo recall notice page to confirm that it is affected (some within the date range are not), and if it is, then Lenovo wants you to stop using it immediately.

Once you’ve done all of that, you’ll want to contact Lenovo technical support to arrange for your notebook to be inspected free of charge at an authorized service center. If it needs to be repaired, then that will be free as well. Lenovo promises to arrange for the inspection and repair with “minimal delay,” and so the sooner you get things going to sooner you’ll get your ThinkPad X1 Carbon back in action.

So far, there have been three customer reports of overheating and damage that was caused by the loose screw, but no reports of damage to persons or other property. Lenovo has been aware of the issue for “several weeks,” but “needed time to investigate the root cause, identify exposed systems, and voluntarily raise the issue with the [U.S. Consumer Product Safety Commission].” The good thing is, once the unfastened screw is removed, the issue is entirely eliminated.