The big bad banhammer is about to drop on more than 100,000 ‘PUBG’ cheaters 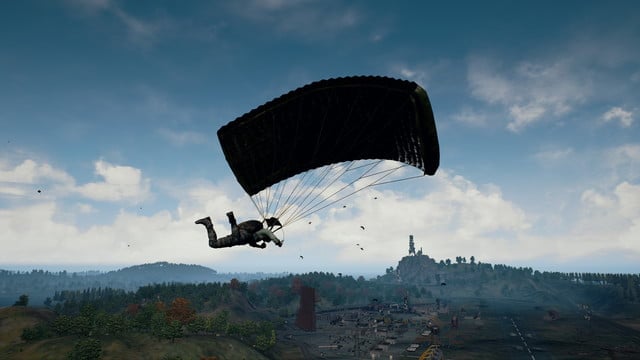 PlayerUnknown’s Battlegrounds, the wildly popular multiplayer free-for-all, has seen explosive growth since it burst onto the scene a little over a year ago. With millions of new players every month, there’s also been a dramatic influx of cheaters, and the devs have announced a drastic measure to make the Battle Royale fair and more enjoyable for everyone.

After analyzing the data from 10 million players, PUBG Corp announced that it has identified a new pattern of cheats being used during the games. Retribution will be swift in the form of a virtual tsumani, the developers said in a blog post. “Through this exercise, we were able to identify over 100,000 instances of the new pattern related to use of cheat and now we have confirmed that it was clearly an attempt of compromising our game,” they wrote. “These players will be permanently banned in a single wave.”

This is all part of an ongoing effort that may involve filtering hundreds of billions of data logs manually. The developers also hope to implement a new system to detect and ban more cheaters proactively, and legal actions may be taken against those who proliferate software designed to circumvent security procedures.

They also pointed out an issue that many gamers have raised when viewing videos from other players. Although it may appear that a cheat is being used because there’s no weapon recoil, that’s actually a bug in the game software, and will be fixed soon.

A gameplay update is also planned to make gunfights less chaotic by balancing the blue-zone boundaries during matches. It will probably be easier to escape the blue zone in the late phase of the matches, but blue zones will cause more damage when you get trapped in them.

As Polygon notes, this seems to be an effort to encourage more deaths by gunfire from other players and fewer by the boundary wall. It will also add some urgency to the late game, as the blue zone encroaches near the end of a match.

Although its launch was rather rocky, PUBG is also now available on Xbox One through the Preview program, and many new Xbox players got it free with their console over the holidays. A new Xbox One patch was also just released, which adds a new controller options and fixes some performance issues.