HomeNewsNew holster sensor detects when a cop’s weapon is drawn, turns on...
News

New holster sensor detects when a cop’s weapon is drawn, turns on nearby body cams 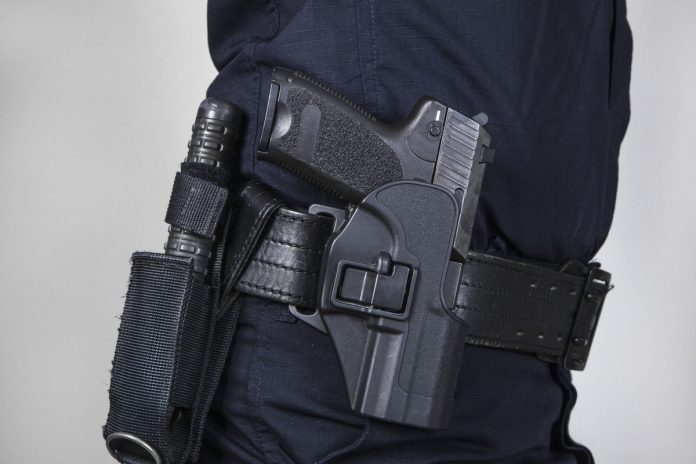 Axon is best known for its body and dashboard cameras that are worn by police forces in the US and the UK, but now the company is expanding its law enforcement lineup with the Signal Sidearm: a new gun holster sensor that turns on all nearby body cams when a gun has been removed from a holster.

Despite its name, the Signal Sidearm is not a sidearm itself. Rather, it is a wireless sensor attachment that can be retrofitted to most existing firearm holsters. The sensor detects when a gun is drawn from the holster and uses the company’s Axon Signal technology to alert devices in the area. This alert function turns on the recording feature for any Axon camera, including both body and in-car cameras, within 30 feet of the signaling holster. This simultaneous activation allows officers to record video footage from multiple camera angles, which is indispensable when documenting possible hostile confrontations.

The sensor is powered by a coin cell battery, which is expected to last up to 1.5 years. Because it’s wireless device, there are no cables to worry about, making it both easy to install and a cinch to use in the line of duty. Axon plans to begin selling the Signal Sidearm starting in the third quarter of 2017.

Of course, the Signal Sidearm isn’t the only cutting edge technology designed to protect police officers in the line of duty. Earlier this month, the FCA announced new technology that will protect officers from ambush while they are parked. The Officer Protection Package uses the existing rear park assist systems and the backup to detect movement behind a police vehicle. When movement is detected, the officer is alerted and the car secures itself by locking the doors, rolling up the windows and flashing the taillights.

And that’s just a small sample of what’s out there. Law enforcement agencies all over the world are increasingly turning to technology to solve some of their toughest problems, so don’t be surprised if you see more