Tinder for moms? Peanut app helps get gang together for friendship, playdates 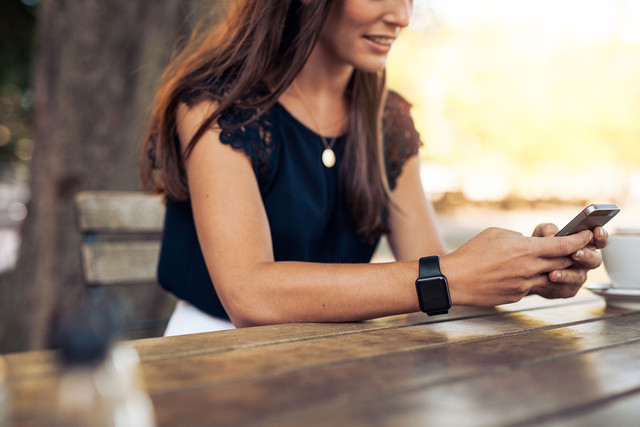 Making friends isn’t easy when you’re a busy mom, but Peanut aims to help you find fellow moms to befriend.

It’s hard to name a social network geared toward women with kids. Sure, websites like Cafe Mom and ParentsConnect cater to moms, but they don’t exactly offer the polished experienced that social behemoths like Facebook, Twitter, and Snapchat deliver. While moms can correspond in Facebook Groups and Forums, it’s not the same as using an app designed with their needs and interests in mind.

That’s why Michelle Kennedy, a former lawyer, started Peanut. Kennedy began working on Peanut after spending a lot of time trying to find mothers who shared common interests. She comes armed with knowledge from Badoo, a dating startup where she spent six years as General Council and later deputy CEO, and Bumble, a location-based ephemeral dating app she helped to found with ex-Tinder team member Whitney Wolfe.

Penaut’s tagline explains the goal of the app perfectly: “Meet as mamas, connect as women.” The idea is to connect women with fellow moms who share their interests to create lasting friendships.

“Peanut is designed to give women a network, [and] view motherhood as an adventure in the life of a woman,” the Peanut team said in a press release. “Every step of Peanut is geared toward making it simple to reach out and connect in a friendly and accessible way.” 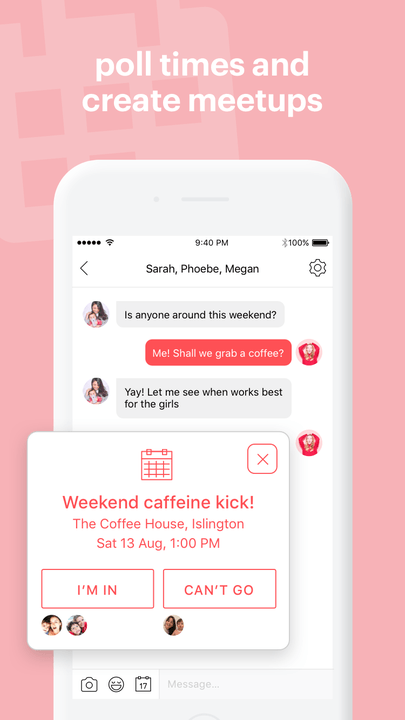 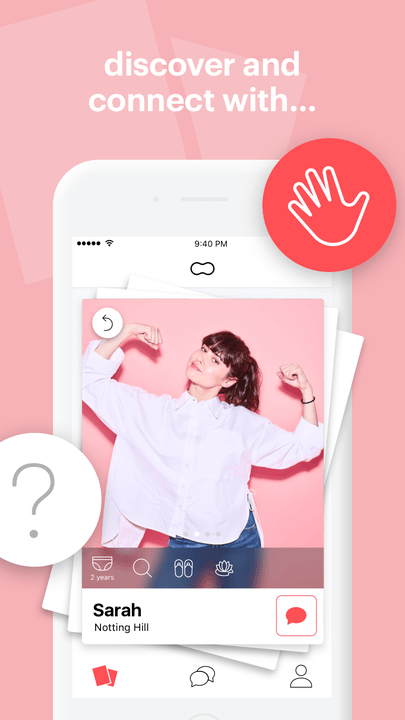 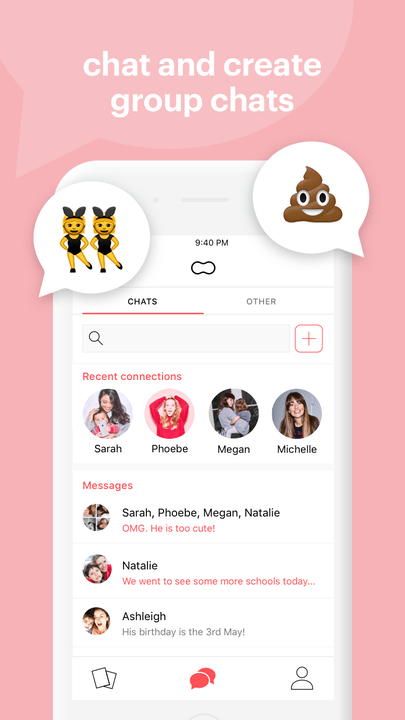 More: Fishbrain is a social network for Fishermen

That’s apparent at signup. New users, which Peanut cutely calls “mamas,” log in with an existing Facebook account and create a profile by answering questions like, “How far along in your pregnancy are you?,” and “How old are your children?” Then, they select three colorful labels — “packs,” in Peanut’s vocabulary — from categories like “Spiritual Gangster,” “Fashion Killa,” “City Gal,” “Single Mama,” and “Mama of Multiples.” And that’s all it takes.

From there, Peanut works its magic. Using machine learning, a form of artificial intelligence that allows the app to make insights independently, the network recommends matches based on proximity and common interests. It’ll show other women nearby, highlighting commonalities such as hobbies, languages, the age and gender of children, educational background, and other criteria. Users express interest in potential matches with an upward swipe on their profile picture, which Peanut playfully calls a “wave.”

The goal is to make connecting with other women less daunting, Kennedy said. When a user responds to another’s wave, a popup highlighting the two users’ shared interests serves as a discussion prompter. Users can chat before they “wave” at one another, providing a built-in means of screening prospective matches. Peanut offers a myriad ways to shuttle messages back and forth. Users can send notes from profile screens, from the expanded view of their profiles, and from the network’s dedicated messages folder.

More: Twitter claims users trust social media influencers as much as their own friends

“Waves” aren’t the only way Peanut users interact with one another. There’s a chat feature that can host up to 20 others, and a built-in polling tool that helps you decide on dates for meetups and events. Once the poll is complete, it turns into an event invite that participants can add to their respective calendars.

More: The history of social networking

There’s something to be said for Peanut’s goal to “make connections in a meaningful way that works for the mobile-first generation,” but social networks need users by nature. It won’t be easy to drag women away from the competition, but if Peanut mounts a well-targeted recruitment effort, it might just have a fighting chance and become the ultimate social network for moms.

Peanut is launching in the U.S. and the U.K., with a focus on New York and London initially. You can download it on the iOS App Store now.