HomeNewsThe inventor behind the Maglev train is back with a Hyperloop for...
News 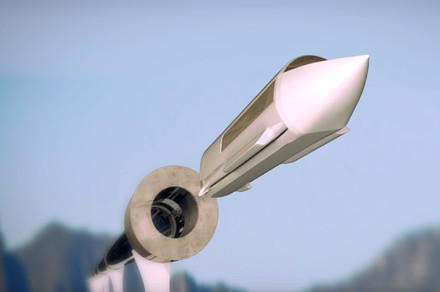 The inventor who inspired the maglev train is back with a maglev rocket launcher concept for launching vehicles into space. It’s both crazy and crazily awesome!

You may be familiar with the name James Powell, a prolific inventor who, back in 2000, was one half of the team behind the superconductive magnetic levitation train — which went on to inspire the ultra-fast Tokyo to Osaka maglev train.

Well, Powell last year filed a patent application for a related concept: a “SpaceTram” maglev rocket launcher that would eschew chemical propellants in favor of magnets for launching a rocket into space. If made a reality, this would be a new way to achieve magnetic levitation, stabilization, and propulsion for a space launch.

The big challenge, of course, would be gaining the necessary propulsion, which Powell thinks could be achieved using a vacuum launch tube with electrically-conducting rails, similar to Elon Musk’s Hyperloop concept.

More: As Hyperloop progress glides forward, here’s what you need to know

It’s a neat, if ridiculously ambitious concept, and this week it received the video treatment from YouTuber Deepak Gupta, who runs the PatentYogi channel. The video itself paints a picture of what the technology might actually look like were it brought to life — and, while we’re certainly skeptical, it still looks pretty awesome.

“Patents are one of the tools that engineers use to express their creativity,” Gupta told Digital Trends. “[The] general public finds it easy to understand how a new product works, how it might solve some problems they face and how it may change their lives. However, patents are in a format that is largely inaccessible. A patent document is full of legalese and complex drawings, so most patents go unnoticed. We at PatentYogi want to make patents accessible to the general public.”

Gupta said that he selects patents that he finds interesting himself, although he’s not sure whether we’ll ever really get to see this particular concept in action. It would certainly be well-received were it to actually work, though.

“Recently there has been a greater demand for space launch systems to launch small satellites cost effectively,” Gupta said. “Just a few weeks back, an ISRO mission launched 104 satellites — mostly small satellites — in a single mission, so the technology disclosed in the patent has a great market demand.”