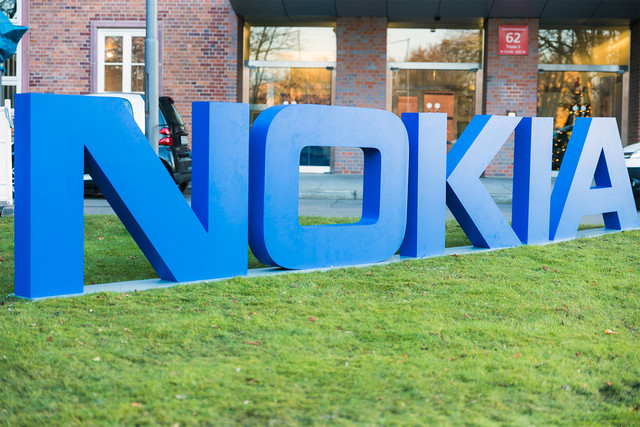 Nokia is back — and it’s back with a vengeance. The Finnish company finally launched its first Android-powered smartphone, the Nokia 6, but we’re expecting to see a lot more action this year. While these devices won’t be made by Nokia, they will follow the company’s design guidelines and will retain the brand name.

HMD Global will be exclusively manufacturing these devices. Originally, we thought there would be up to four new phones in 2017, but the rumors suggest there will actually be as many as six or seven. The rumors come from Malaysian distributor Avaxx, which said Nokia will aim to launch phones in all price ranges.

Here’s everything we know about Nokia’s 2017 Android phones so far.

The Nokia 6 is the company’s first Android smartphone, which debuted late last year. It packs some pretty decent specs — including 4GB of RAM, 64GB of storage, and the “latest version of Android.” On top of that, the device boasts a 16MP rear-facing camera, and an 8MP front-facing camera — all for only $245. 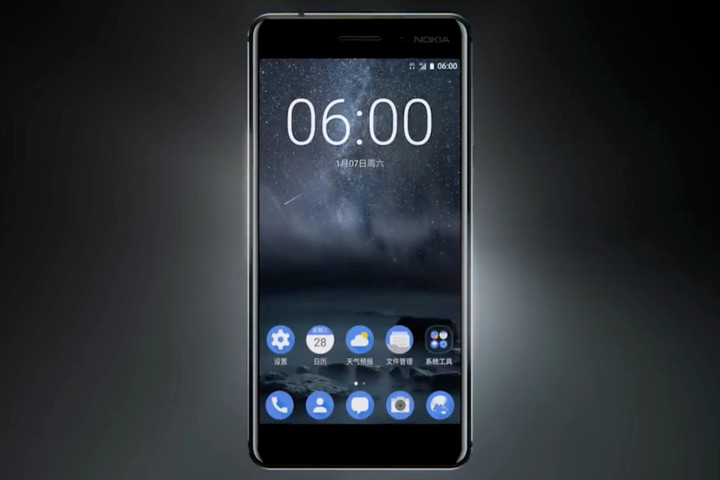 Unfortunately, it’s not all good news — the device comes with a somewhat disappointing Qualcomm Snapdragon 430, and it’s only available in China. Evan Blass, also known as @EVleaks, said the company will introduce the Nokia 6 at Mobile World Congress this month for a more global audience.

Blass also said Nokia’s MWC announcement would include three other devices, two of which will be the Nokia 5 and the Nokia 3. Don’t expect flagship specs, though, as the two Android 7.0 Nougat smartphones will have lesser specs than the Nokia 6 to hit lower price points.

HMD Global will launch the Nokia 3, 5 and 6 at MWC, plus a 3310 homage https://t.co/lYHtSoagIt pic.twitter.com/GhZXuB0E5u

The Nokia 5 is rumored to have a 5.2-inch screen with a 1,280 x 720-pixel resolution, and it will be powered by the same Snapdragon 430 processor but with 2GB of RAM. The rear camera will pack 12 megapixels, but the rest of the specs are expected to match the Nokia 6. It’s why the device is rumored to cost only 199 euros, or about $211.

The Nokia 3 will be the runt of the litter and will only cost 149 euros, or $158. Detailed specifications for the device were not mentioned by Blass.

A feature phone may also be a part of the MWC announcement, according to Blass. It’s rumored to be a modern iteration of the popular Nokia 3310, a phone that was known for its long battery life and indestructible build quality. All we know is that the phone will cost about 60 euros, or about $64.

A YouTuber uploaded footage of alleged Nokia devices powered by Qualcomm’s Snapdragon 821 and 835. The device was at Qualcomm’s booth at CES 2017 and the chipset manufacturer reportedly asked people not to take videos or photos of the device. The YouTuber, whose account is named Total Tech, didn’t comply.

Before we take a look at the video — it should be noted that we can’t verify this information, and the devices do not have any “Nokia” branding, so we’re casting a heavy dose of skepticism here. The YouTuber says Nokia and Qualcomm “have been working together on the Snapdragon 835 and the 10 nanometer process for the chip with Samsung for a while, according to inside sources, and Nokia has been their hardware reference provider for the 821 and 835.”

Again, we can’t verify these insider sources’ claims, and whether or not Nokia has been in partnership with Qualcomm. Total Tech claims the device in his video is an upcoming device named the Nokia 8.

Total Tech also says the Nokia 8 will have a 24-megapixel rear camera with optical image stabilization, as well as a front-facing camera with 12-megapixels — it’s unclear if this applies to both models.

What’s interesting is the back of the device, which Total Tech briefly shows in the video. There’s a large camera, like the one found on the back of the Lumia 1020 Windows Mobile device. That camera packed 41-megapixels and featured Carl Zeiss optics — it’s quite possible the partnership could come into play again.

Gear up for Mobile World Congress

In a Facebook post, Nokia Mobile teased the already announced Nokia 6 and said more announcements will come on February 26. That date is a day before Mobile World Congress begins in Barcelona — it’s usually the day smartphone manufacturers announce their flagship products for the year.

We’ll have to wait and see what to expect, but if Blass is correct we can expect the Nokia 6, Nokia 5, Nokia 3, as well as the modernized Nokia 3310. Stay tuned.

The Nokia E1 could be on its way

HMD just launched the Nokia 6, but it already looks as though the company is prepping another release. The new E1 was just leaked online, with both specs and photos appearing in a post from Nokia Power User. This could be the rumored Nokia 5 mentioned above, but some of the specs don’t match.

Design-wise, the phone looks pretty different from the Nokia 6, taking a much more rectangular approach that’s similar to some of Sony’s handsets. The only photo we have is blurry, so we’re looking forward to a slightly more detailed look. 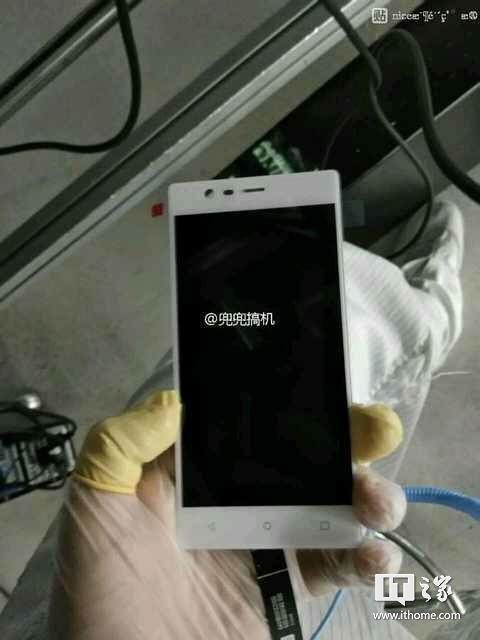 Unfortunately, the leak doesn’t show the flagship device we’re all waiting for from Nokia, but rather a more budget-friendly device. Under the hood, the phone will feature a 1.4GHz Qualcomm Snapdragon 425, along with 2GB of RAM, 16GB of storage, and a 13MP rear-facing camera. It will run Android 7.0 Nougat out of the box.

If accurate, we should expect this device to be priced at around $200 or lower — that’s considering the fact that the Nokia 6 comes in at $245, and features slightly better specs than the E1. While the Nokia 6 is only going on sale in China, it’s not yet known where the E1 will be launched.

It’s highly unlikely the Pixel name will be used on any version actually put on sale, but an unreleased Nokia phone used in a benchmark test has that name attached. Sadly, it’s not the most exciting phone we’ve seen, and definitely occupies the lower end of the smartphone scale.

The Nokia Pixel, as it’s known here, has a basic dual-core Snapdragon 200 processor inside with 1GB of RAM, resulting in a very ordinary performance test on the Geekbench website. The good news is it has one of the newer versions of Google’s operating system, Android 7.0.1, installed. No other specification details are revealed in the test, so the screen size and resolution are a mystery, but don’t expect it to challenge the Galaxy S7 on either.

Earlier leaks have detailed more technically impressive phones, indicating that the company will launch a complete range of smartphones, with models suited to all wallets, and for all markets around the world.

According to a report in Nokia Power User, there are two Nokia-branded Android handsets bound for 2017, and alleged images have leaked of both.

“Trusted sources” told the publication that the two handsets, one smaller (5.2 inches) and one larger (5.5 inches), have “sturdy” metal bodies characteristic of Nokia’s historical designs. And one of their rumored features has the potential to break new smartphone ground. The phones’ cameras are being described as the “most sensitive ever” to come to market, and are reportedly the product of a years-long, $1.35 billion graphene development effort. Another reported innovation is a “touch & hover” interaction that might, much like Microsoft’s scrapped McLaren project, use a combination of sensors to respond to finger gestures. 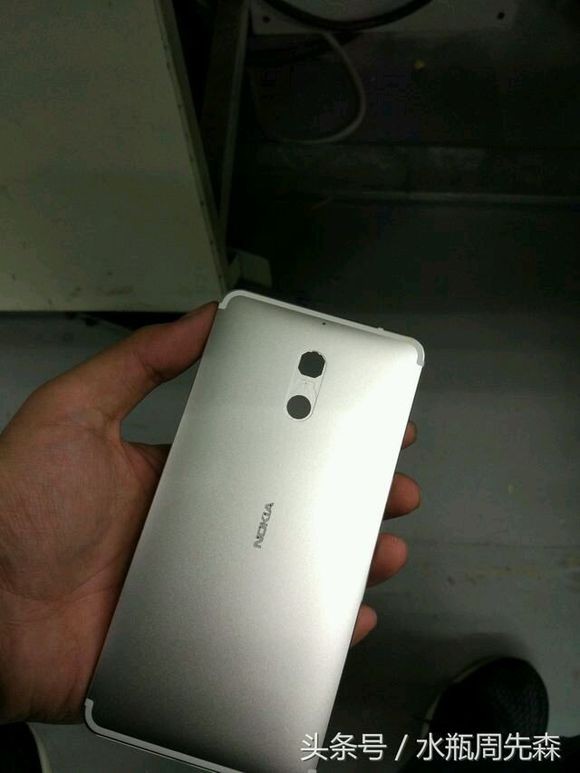 More: Phoenix from the flames: Nokia’s coming back to mobile

Other highlights include water and dust resistance up to IP68, fingerprint sensors, and OLED displays with QHD (2,560 x 1,440 pixels) resolutions. In terms of software, the handsets will reportedly sport an improved version of Nokia’s predictive Z-Launcher — a newer version than the beta available in the Google Play app store, apparently — atop the very latest version of Android, Android Nougat.

Under the hood, both Nokia Android N powered phones will pack the Snapdragon 820 processor. We don’t know details regarding RAM, storage and camera at this point of time, but the leak suggests that sensors on the two phones will be the most sensitive ever and will be based upon Nokia’s extensive research on wonder material “Graphene.”

It won’t be Nokia at the helm of the forthcoming devices’ development, technically speaking. HMD Global, a Finnish company co-founded by former Nokia executives Arto Nummela and Florian Seiche, acquired the rights to the company’s mobile brand from Microsoft in May. HMD has a contract with FIH, a subsidiary of iPhone manufacturer Foxconn, and under a strict licensing partnership, follows Nokia’s design and hardware guidelines in exchange for access to the company’s extensive patent library.

More: Nokia may be cooking up a giant 18.4-inch tablet for MWC

In recent years, the company has struggled to gain a foothold in the high-end mobile market. Following the company’s adoption of Microsoft’s Windows Phone operating system in 2011 and its acquisition by Microsoft in 2014, sales of its handset suffered — shipments in 2013 alone were down 22 percent year on year, according to Strategy Analytics.

Following Nokia’s divestiture from its parent company earlier this year, things haven’t looked much better. In April, thanks in part to lower-than-expected smartphone shipments, it announced 900 million euros in downsizing measures — a plan which in part involved the layoffs of 1,400 staff members in Germany, 1,300 in Finland, and 400 in France.

Despite the Finnish company’s woes, though, it’s setting its eyes on the future. It teamed up independently with Foxconn to produce the N1, an Android-based tablet. It dipped its toes in virtual reality with the Ozo, a $60,000 professional-grade 360-degree camera. And it acquired French fitness device company Withings last year.

“We have been reinventing ourselves for 150 years using this amazing brand,” Ramzi Haidamus, president of Nokia’s consumer Nokia Technologies division, told Digital Trends in June. “We’re starting to focus on people’s happiness and health in a way that wasn’t possible before because the technology wasn’t possible before. You can expect some really surprising products in the next year or two directly from this company as we turn a new chapter.”