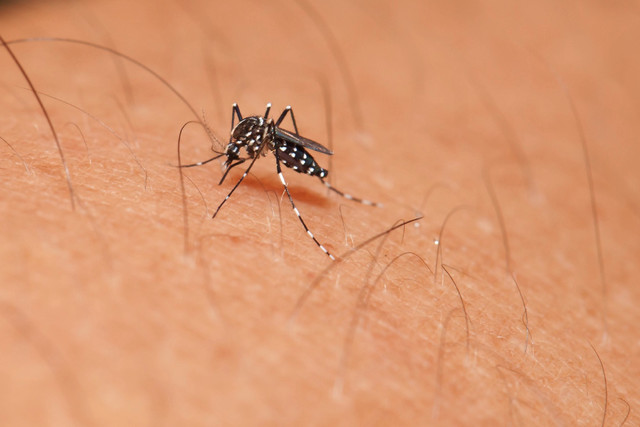 Researchers are hoping that the Zika virus may have met its match in an experimental vaccine found to be 100 percent effective in mice and monkeys.

Ever since the outbreak of the Zika virus epidemic in Latin America in 2015, scientists have been racing around the clock to find vaccines that may be able to fight it.

Now, it looks like an experimental new vaccine developed by investigators from the Perelman School of Medicine at the University of Pennsylvania is the best option yet — it has a 100 percent success rate at protecting mice and monkeys (and hopefully one day, humans) from the virus.

“We have developed a vaccine platform that uses nucleoside-modified mRNA complexed to a lipid-based particle,” lead researcher Drew Weissman, a professor of infectious disease at the University of Pennsylvania, told Digital Trends. “The mRNA is physiologic, as are some of the lipids used, which makes the vaccine very safe. A single immunization of a low dose resulted in complete and durable protection.”

More: CDC and WHO recommend no unprotected sex for six months after Zika recommendation

Previously, the most successful Zika vaccine was an adenovirus-based live virus candidate. However, this was not without its problems since the body’s immune system regularly attacks adenoviruses, and can shut them down before they’ve had the chance to work their medical magic. “Live virus vaccines, while being effective, are also expensive and laborious to produce, have difficulty with regulators, and have adverse effects,” Weissman continued.

By comparison, the vaccine developed by Weissman and colleagues offers a number of benefits. For one, it wasn’t thwarted by the body’s immune system, nor did it show any negative effects in the animals that it immunized. Like the live virus vaccine, it’s a single-dose vaccination, but it required a significantly smaller dose to work: just 1 to 4 milligrams, as opposed to 50 milligrams for DNA vaccines.

Next up, Weissman said he wants to extend the testing to clinical trials in humans, which he hopes will take place in the next 12 to 18 months. He said that a phase 2 clinical trial may then be carried out within the following year.

“In emergent situations, it could be used without completion of Phase 3 trials, but I doubt this would happen,” he said. “Our hope is that it will be on the market in about five years.”

Mesh Wi-Fi systems are the networking versions of working smarter, not harder. Compared to a traditional router, mesh systems use
Read more