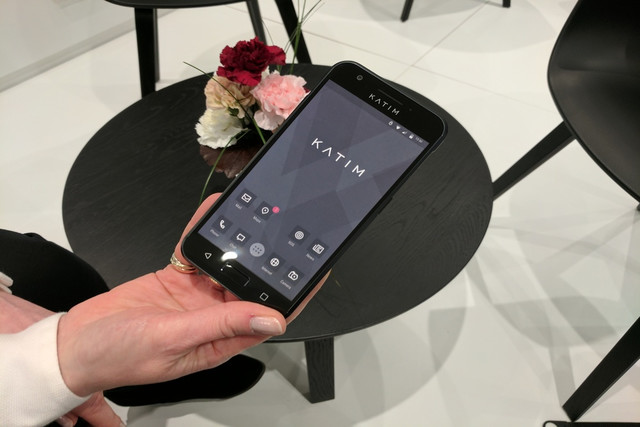 If you’re worried about cybersecurity, DarkMatter’s Katim may just be the phone for you.

Ensuring Mobile cybersecurity is no easy task. Protecting against sophisticated hackers, unsophisticated hackers, corporate espionage, organized crime, and state-sponsored attacks is a full-time job. And that’s not to mention the hundreds of cybersecurity threats smartphone users encounter every day. One in five Android users experienced a mobile threat in 2014, according to Kaspersky, and there was a 262 percent increase in the number of iOS vulnerabilities in 2015 compared to 2011. Those who store sensitive information on their smartphone run the risk of data theft … and sometimes worse.

But mobile security firm DarkMatter says it has developed a solution. It’s called Katim, which means “silence” in Arabic, and it’s an end-to-end security platform with ultra-secure encryption, two-factor authentication, and more than half a dozen other security measures designed to deter even the most determined hackers.

More: Privacy comes at a price: Super secure GranitePhone is yours for $850

“Data is today’s currency,” DarkMatter CEO Faisal Al Bannai said during a press event at Mobile World Congress. “There’s so much that can be accessed through your phone, and data is a treasure mine. Simply by connecting to public Wi-Fi or enabling location tracking on your phone can make you vulnerable.”

The Katim platform is compatible with almost any smartphone running Google’s Android operating system, and DarkMatter has developed its own phone, also called the Katim.

The Katim’s OS-level software comprises a bootloader — the program that loads the phone’s operating system — secured against unauthorized modifications, and a security framework that authenticates every app installed when the phone boots up. It packs secure boot and an encrypted bootloader, as well as two-factor authentication that uses biometric sensors like a fingerprint sensor to ensure the users say who they are. There’s also a hardware switch on the handset’s upper-left-hand side that disables the phone’s cameras and microphones, preventing hackers from gaining access to either. 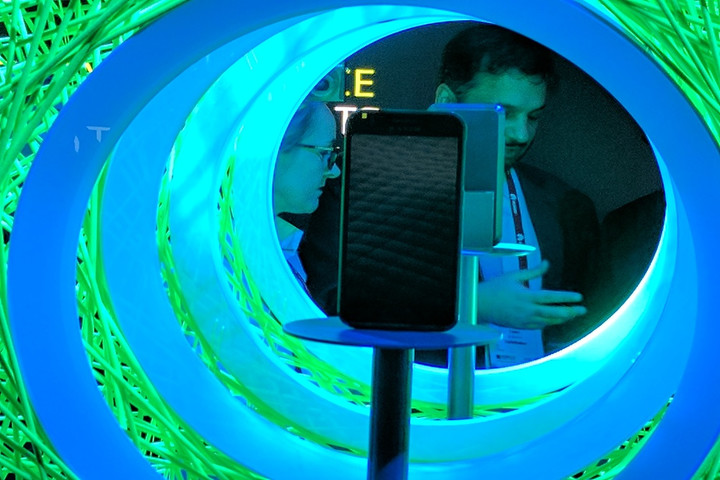 Perhaps the Katim’s most impressive function is its remote management. The Katim’s Cyber Command Center, a cloud-hosted management system, allows DarkMatter support staff to remotely disable features like Wi-Fi and cellular, as well as remove malicious apps. In worst-case scenarios, they can even “self-destruct” a Katim phone’s data if they detect tampering.

Hands on: The Katim phone

We had a chance to give the Katim phone a go at DarkMatter’s booth inside the Mobile World Congress convention center.

The Katim boasts a carbon gray aluminum body that’s angled on either side, a little like HTC’s One series of smartphones. It’s a tad hefty at 175g, but not so heavy that it’s uncomfortable to hold one-handed.

More: Are you paranoid, patient, and rich? This super-secure smartphone is for you

It sports a 5.2-inch screen with a Full HD (1,920 x 1,080 pixels) IPS display shielded with a layer of Corning’s Gorilla Glass 5, and a Qualcomm Snapdragon 821 processor paired with 4GB of RAM. The rear camera is a 12-megapixel sensor with phase detection autofocus, an f/1.7 aperture, and dual-color, dual-LED flash. The front camera is a 5MP shooter.

Rounding out the Katim’s accouterments is a fingerprint sensor, a gyroscope and accelerometer, support for Bluetooth 4.2 and Wi-Fi 802.11ac, and 64GB of internal storage expandable via a microSD card reader. It won’t launch until later this year, but DarkMatter is considering keeping the details under wraps. It’s aiming the Katim at individuals, enterprises, and governments that require the highest levels of security — i.e., heads of states, corporations, and defense departments.

But the company hasn’t ruled out bringing some of the Katim’s software management features to third-party devices.

DarkMatter isn’t exactly the first to market with an encrypted phone. BlackBerry’s new KeyOne features a secured bootloader and an encrypted end-to-end messaging app, and Sikur’s GranitePhone ships with a special set of applications designed with security in mind. But in terms of sheer breadth of security measures, the Katim is one of the most holistic we’ve seen.

It’s too soon to say how well it’ll protect against viruses, social engineering, and everyday cases of malware infection — but DarkMatter seems to have come prepared.

“Our view is to offer cybersecurity end-to-end,” Bannai said. “We think it can only be achieved with a holistic approach. The phone by itself doesn’t solve it.”