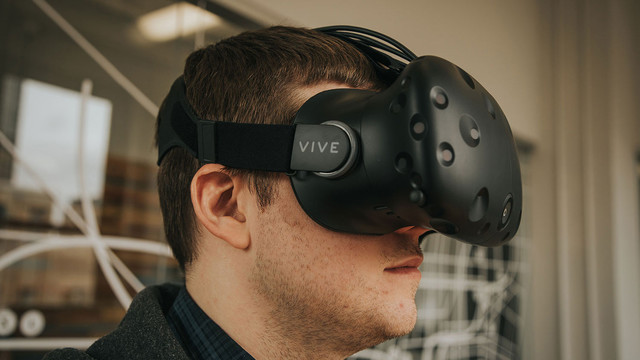 Valve Software’s new developer build of SteamVR means that customers will eventually see support for the HTC Vive on Linux.

Pierre-Loup Griffais of Valve Software recently jumped on Twitter to announce the launch of a developer build of SteamVR for Linux. Available now on GitHub, it is offered in the beta branch only so that developers can begin creating Linux-based content that will be distributed through Steam. Limited hardware support is provided, the release notes indicate, and developers will need pre-release drivers to run the beta.

According to the notes, SteamVR for Linux is based on the Vulkan graphics API, which is an open-source alternative to Microsoft’s DirectX and another older, open-source API called OpenGL. These APIs are what is used for games and other software to interact specifically with a graphics card. Vulkan is the latest of the trio, offering more access to the graphics chip than its OpenGL predecessor.

That said, to use SteamVR for Linux, developers will need the latest Vulkan drivers. If they are working with Nvidia cards, they will also need version 375.27.10 of the Nvidia Developer Beta Driver, which can be downloaded from Nvidia here. It can also be obtained as a Debian packaged version from Nvidia’s online development drivers repository.

Meanwhile, developers creating content on AMD hardware will need a pre-release version of the RADV open-source Radeon Vulkan driver. Valve provides a build in the SteamVR for Linux repository that can be cloned and used after setting an environment variable. Currently, SteamVR for Linux doesn’t support direct mode, so the VR headset must be set to extended mode.

“SteamVR needs to be able to access the HTC Vive’s USB devices,” the release notes state. “On most Linux distributions this is not allowed by default. The latest version (1.0.0.54) of the Steam package will automatically install udev rules that allow this. However, many distributions repackage Steam. If you have installed one of those packages, you may not have the latest Steam udev rules.”

Ultimately, this move to add SteamVR support to Linux is just one step closer to Valve’s infiltration into the living room. The company set out to overthrow the console market with its Steam Machine initiative, which consists of console-like gaming PCs. These PCs are typically powered by Valve’s open-source SteamOS operating system, which is based on Linux.

The move to add Linux support is also Valve’s attempt to provide an open-VR solution across multiple markets, including MacOS. Valve’s Joe Ludwig promised during the Steam Dev Days event in October that SteamVR would come to Linux in a matter of months, and Valve has lived up to that promise. Next up should be MacOS, which may be officially revealed during Game Developers Conference at the end of February.