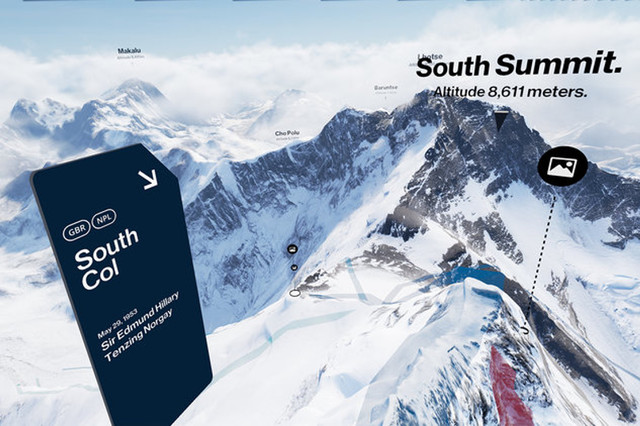 Afraid of heights but love the scenery? ‘Climb’ Mount Everest’s summit from the relative safety of your own room.

Adventurous PC gamers wanting to scale Mount Everest but don’t have the resources and/or strength to reach its 29,029-foot peak can now reach its summit through the Oculus Rift in Everest VR. Developed specifically for VR by Solfar Studios, the first-person mountain climbing simulation first hit the HTC Vive in August, and is now offered on the Rift as well ($15) now that the Touch controllers are on the market.

“Experience Everest in five iconic scenes,” the product listing states. “Prepare for your expedition at Basecamp, traverse the terrifying Khumbu Icefalls, scale the vertiginous Lhotse Face to overnight at Camp 4, ascend the perilous Hillary Step, and finally conquer the summit of Everest.”

In addition to serving up Everest VR on the Oculus Rift, the studio is also releasing a huge, free update across all platforms. Most of the major changes will be experienced in God Mode, which can be accessed from the lobby. Here players can scale the scene to match the desired experience, whether it’s in a 1:1 confrontation with the bitter cold or becoming a mile-high giant to enjoy the scenery.

The update also inserts photographic material of the 1953 Hillary expedition provided by London’s Royal Geographical Society into the experience. These items will be made available in God Mode and scattered throughout the trip up to Mount Everest’s summit, placed at the actual points where the photographs were originally taken decades ago. There are also now 18 new pathways to the summit that are widely known as the best ways to reach the mountain peak.

For an even bigger and immersive thrill, the update now adds the ascent of Lhotse Face, a “nearly” vertical wall of ice rising 5,000 feet high between Camp 2 and Camp 4. This icy wall requires a roped ascent spanning two phases broken up by spending the night in Camp 3 that’s located on the wall itself. Players will leave Camp 3 and make their journey to Camp 4 with a group of climbers moving in a single row.

“We feel that with this addition, you now have a fairly accurate collection of all the key moments of climbing Everest,” the studio states in a blog. “If you´ve personally made Summit, do let us know whether we captured the most meaningful moments. If not, we think this is as close as most of us will get.”

In addition to requiring the HTC Vive or Oculus Rift, here are the system requirements for Everest VR:

Note that the developer suggests installing the game on a solid-state drive for faster performance. Also, note that God Mode isn’t available until players complete their first summit attempt. Everest VR can be purchased for the HTC Vive via Steam for $15 right here.