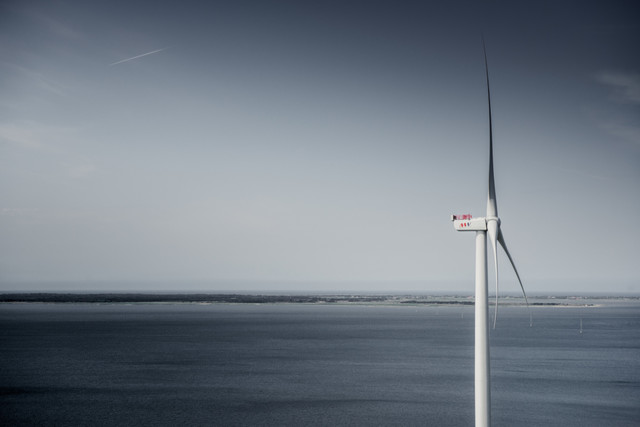 This is a huge achievement for wind energy, and the technology will help us move toward a greener future

MHI Vestas Offshore Wind — a joint venture between Vestas Wind Systems and Mitsubishi Heavy Industries — showed off its 9 MW turbine prototype in December 2016, an upgrade to its V164-8.0 MW version. The Goliath of wind turbines generated nearly 216,000 kWh over 24 hours during its December test, breaking the previous record for energy generation record for a commercially available offshore wind turbine. To put the numbers in perspective, that’s enough energy to power the average American household for roughly 20 years.

Related: The answer to climate change could be 10 million wind turbines in the Arctic

“We are committed to delivering turbine technologies that [are] in line with the development of our industry, based on our 20+ years of offshore experience,” MHI Vestas Offshore Wind CTO Torben Hvid said in a statement. “Reliability remains a key enabler, and our approach to developing our existing platform supports this strategy.”

Increased energy production means that fewer turbines will be needed to reach energy needs and decrease the cost of energy.

“We are confident that the 9 MW machine has now proven that it is ready for the market and we believe that our wind turbine will play an integral part in enabling the offshore industry to continue to drive down the cost of energy,” Hvid added.

The turbine is 722 feet tall, with 38-ton blades that measure to be 263 feet in length. It’s blades have a total swept area of 227,377 square feet, which is larger than the London Eye ferris wheel, according to a press release. Its incredible size leaves it unparalleled in competition. There aren’t very many wind turbines likely to break MHI Vestas Offshore Wind’s record any time soon.

The first iteration of the wind turbine released in April 2014 and started breaking records shortly after. In October 2014, the V164-8.0 MW version broke the world power record for power produced by a wind turbine, reaching up to 16,000 British households.