As a sophisticated smartphone somebody, it’s en vogue to be showcasing a worthwhile wearable while fidgeting with the latest flagship. To this end, I have found myself making use of two new note-worthies: the Samsung Gear S2 and the Huawei Nexus 6P. The brilliance of this unlikely portable paring is that Korea’s largest OEM has recently expanded support for its Tizen smartwatches to mostly any Android device. Unfortunately, there is one minor complication:

Last week, Samsung pushed out an update to the Gear S2 that enhanced its functionality and features. In order to update the wearable device, users need to do so from their Android phone’s companion “Gear Manager” app. As can be seen above however, this simply won’t work with the Nexus 6P, and by logical inference, with the LG Nexus 5X, or with the Motorola Nexus 6 as they all make use of factory-set encryption.

In fact, based on this notion it won’t work with any encrypted device, something that may soon become a common finding given that Google has more-or-less mandated it for Marshmallow.

When attempting to update the Gear S2 software, the Gear Manager app requests that the smartphone be decrypted for installation to occur. It then provides a link to the Security setting menu, however due to the aforementioned “problem” with the recent Nexus devices, it’s impossible to toggle the necessary setting. 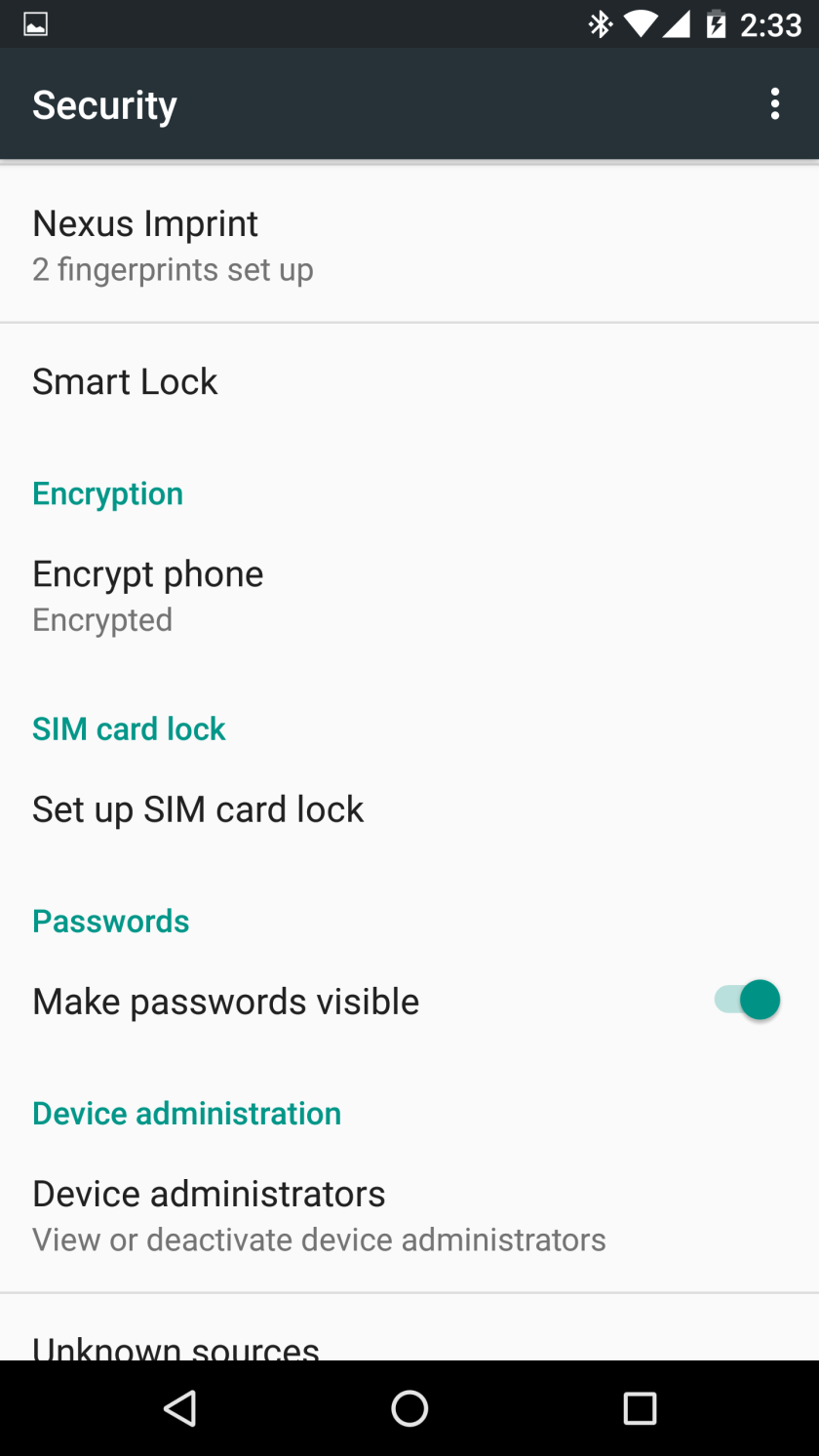 That’s not all, folks…

Another major issue I’ve noticed is that the Gear S2 doesn’t seem to function properly with the Nexus 6P, at least as far as Push notifications go. Despite my manually allowing the wearable to have permission to access notifications and all required requirements, the notifications still won’t get sent to the watch. Yet ironically when I made a phone call earlier today, it was sent to the watch as opposed to the phone.

At one point last week the notifications were coming through: it was just after an update arrived to Gear Manager last Monday. Upon doing so, everything magically worked. Oddly enough however, despite the smartwatch not seeing a firmware update due to the encryption issue, the Gear Manager app then refused to acknowledge there was an update available if I checked. Today, I did a soft reset on the Gear S2 and the problem is back again.

Will Samsung solve the situation?

It’s difficult to say what Samsung will do here. Given that the Gear S2 is designed for a Samsung mobile, the fact that it works at all with another OEM’s product is kind of a bonus. Still, recent updates to the Gear Manager software have made reference to support for “Android M” and thus at the very least Samsung is aware of some bugs that may be present.

In terms of the encryption issue though, there will presumably be very few users who have a Gear S2 and a Nexus device and thus the problem will inevitably be of extremely small priority. This might change though, if mandatory device encryption becomes a status-quo for Marshmallow.