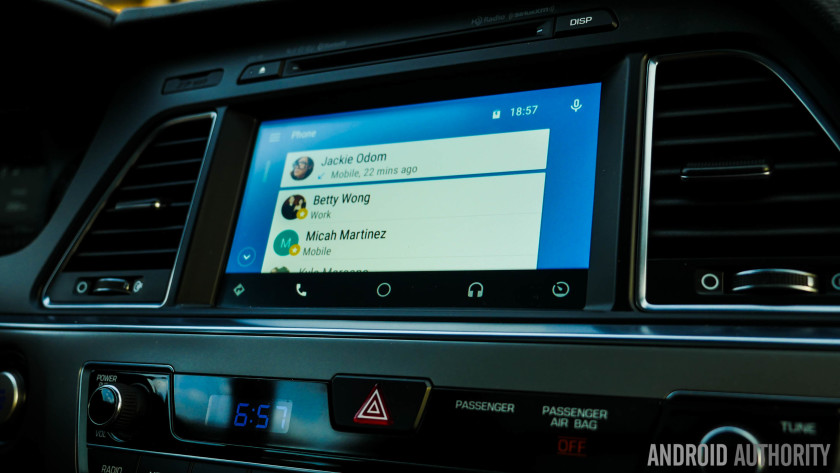 Android Auto has recently started making its way into its first cars and after market units, and Google is already hot on patching up early issues. A new update for the Android Auto app, which was launched back in March, has landed on the Play Store, which now ensures compatible with the AT&T, Sprint and Verizon carrier branded Samsung Galaxy S4 and Galaxy S5.

Apparently something within Samsung’s customized version of Android Lollipop was causing some compatibility issue with Android Auto, causing the software not to run correctly. However, it’s a little difficult to pinpoint exactly what the problem was because of how few users are using the system at the moment. Fortunately, whatever the cause of issue it is now apparently fixed. All phones running Android 5.0 Lollipop are said to be compatible with Android Auto.

The latest update should have already landed on Google Play in your region, or you can download the APK file here.

If the latest update still doesn’t fix some problems, there is another known issue remaining with the Galaxy S4 and S5 and Android Auto. Voice Search may not work correctly without a necessary security update, which can be installed through Security > Security policy updates > Check for updates. The Verizon Wireless LG G3 is also known not to be compatible with Android Auto just yet, but Google and LG are working on a solution.

Android Auto is still quite new, so the odd niggle here and there is to be expected. The platform will be heading out to a greater number of vehicles over the coming year. If you are interested in a closer look at what Android Auto has to offer, feel free to check out our review from a Hyundai Sonata 2015.