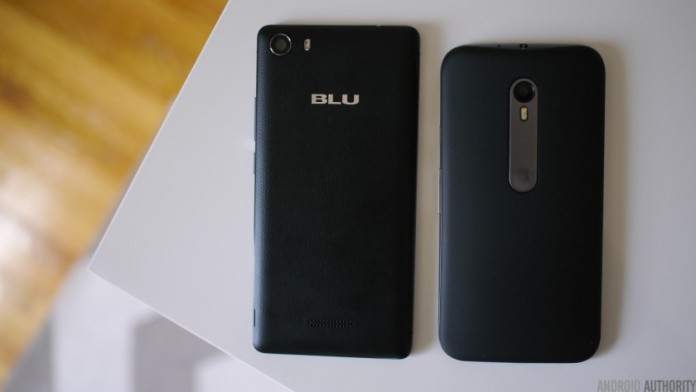 There was a time, not all that long ago, that in order to own a powerful smartphone you would either need to commit to a two-year contract, or you would be expected to pay as much as $600 – $800. Thankfully, this has changed considerably in the last few years. There are now several manufacturers that offer handsets that bring quality specs and yet are priced low enough you don’t need to take out a second mortgage or sign your life away to a carrier. In this article, we take a look at some of the best low-cost Android phones on the market.

As for how we’ll ‘rank’ the phones? Basically we are looking at a number of factors though price/value ratio is probably among one of the highest factors here. It is also worth mentioning that all devices on this list will be full unlocked, and off contract. For those US readers looking for even cheaper phones and don’t mind going with a locked-down handset through a prepaid carrier, you’ll want to check out our Cricket, AT&T, Boost, T-Mobile and Verizon prepaid lists.

Editor’s note – we will be updating this list as more devices hit the market. This article reflects things from a US/EU centric perspective, though many of these devices and pricing will apply to other international markets as well.
Update, December 2015: This month the BLU Life One X and the Alcatel OneTouch Idol 3 (4.7-inch) swapped places in our “under $200” category. In our “under $300” category, the ASUS ZenFone 2 and Alcatel OneTouch Idol 3 (5.5-inch) were bumped down a slot to make room for OnePlus’ newest budget smartphone, the OnePlus X.

The Moto G, one of the most beloved budget phones on the market, is now in its third iteration. This time around, the handset offers up a 1.4GHz quad-core Snapdragon 410 processor and either 8GB storage and 1GB RAM, or 16GB storage and 2GB RAM. bother models include microSD support, a 13MP rear cam, a 5MP front cam, a 5-inch 720p LCD display, and a hefty 2470mAh non-removable battery. While the Moto G has never been about flashy extras, this year’s model does introduce waterproofing and LTE to the mix.

For those that lust for customization, the Moto G also includes limited Moto Maker support. While this feature isn’t as robust as you’d find with the Moto X Style (Pure Edition), it’s still a great step in the right direction. As for software? The phone runs Lollipop out of the box, and it is likely only a matter of time before a Marshmallow upgrade makes its way into the hands of consumers.

It should be noted that only the model with 1GB of RAM and 8GB of on-board storage reaches the under-$200 price point. To get the higher end variant, you’ll need to pay around $219 in most regions.

The BLU Life One X is a newcomer to the budget-friendly space, and it packs quite the punch. It boasts a 5.2-inch Full HD display, a super fast MediaTek MT6753 CPU, microSD expansion and a big 2900mAh battery. Not to mention the solid build quality – this device has a real aluminum frame and a plastic back plate that makes for a great in-had feel.

Huawei has finally announced its plans to break into the US market with the Honor 5X. The Honor 5X was announced a number of months ago, but it was just recently revealed that the dual-SIM budget handset would be coming to the United States for only $200.

Featuring an all-metal build and a rear-mounted fingerprint sensor, the 5X absolutely comes to market with a few features that we don’t normally see on sub-$200 smartphones. It comes with a big 5.5-inch Full HD display, snapdragon 615 processor, 16GB of storage and microSD expansion up to 128GB. It also comes with a 13MP rear camera, a pretty sizable 3000mAh battery, and runs Huawei’s EMUI atop Android 5.1 Lollipop out of the box. Huawei says the device will receive its update to Android 6.0 Marshmallow sometime soon, as well.

You can pre-order the Honor 5X from Amazon in Dark Grey, Daybreak Silver or Sunset Gold color options for only $199.99.

The OnePlus X is one of the best budget devices you can purchase right now. It’s compact, extremely fast, and boasts many of the same software features that come with its older brother, the OnePlus 2. It has an impressive 5.0-inch AMOLED display, a perfectly capable Snapdragon 801 processor, 3 gigabytes of RAM, microSD card expansion up to 128GB and two SIM card slots.

There are a few things to watch out for, though. If you want to activate the device on AT&T or T-Mobile’s networks, you may not have great 4G LTE coverage, as the device is missing the appropriate bands. It also comes with no NFC on board, so you won’t be able to use mobile payment methods like Android Pay. It’s also only available for purchase if you have an invite… well, at least most of the time. OnePlus still employs its dreaded invitation system here, except for every Tuesday. If you don’t have an invitation, Tuesday is the only day of the week you can actually buy this handset.

If you’re looking for a budget-friendly smartphone and don’t mind spending a few extra bucks, get the OnePlus X. You can purchase it from OnePlus’ website for $249.99.

ASUS launched its newest flagship, the ZenFone 2, at CES 2015. It was originally marketed as the first smartphone to feature 4GB of RAM, but that’s not all this powerhouse brings to the table. Toting a 5.5-inch 1080p display, the ZenFone 2 features a big 3000mAh battery, 13MP rear-facing camera, a powerful 64-bit Intel Atom Z3580 processor and runs Android 5.1 Lollipop.

The Asus ZenFone 2 is now available in the U.S., China, Taiwan, Europe and a few other regions. The base model, which is the variant running on 2GB of RAM and the Z3560 processor, is now available from Newegg, Amazon, and several other major retailers starting at just $199. If you want to spring for the higher-end model, which has a 2.3GHz Intel Atom Z3580 processor, 4GB RAM and 64GB storage, that will only run you $299.

The Alcatel Onetouch Idol 3 (5.5-inch variant) is one of the best budget-friendly smartphones on the market. It features a simple and elegant design, a solid 13MP rear-facing camera and a fantastic audio experience. For the price, you’ll be hard-pressed to find a better value than the Idol 3 – it has a beautiful 5.5-inch Full HD display, a capable Snapdragon 615 processor, and runs a slightly customized version of Android 5.0 Lollipop.

The phone is now available from Amazon for just $200, which is quite the steal considering the impressive features this phone brings to the table. Be sure to head to the links below to check out our full review. Trust us, this phone might surprise you.

The Moto X Pure Edition (or Moto X Style if you live outside the U.S.) boasts a big 5.7-inch Quad HD display, a powerful Snapdragon 808 processor, a really good 21MP rear camera and a big 3000mAh battery. You can also customize this device through Moto Maker, allowing you to choose whichever back plate, front plate and accent colors you’d like. Additionally, this is one of the first flagship devices other than Google’s own Nexus phones to receive Android 6.0 Marshmallow.

It might not be the most high-end device on this list, but the combination of a cheap base price, customizability via Moto Maker and amazing software experience really helps set this phone apart from the rest. The Moto X Pure Edition can be yours starting at just $399.99 from Motorola or Amazon.

Google chose to release two Nexus smartphones in 2015 – the higher-end Nexus 6P made by Huawei and the LG-made Nexus 5X, which is the true sequel to LG’s beloved Nexus 5 from 2013. Both of these devices feature similar specifications, but they still manage to stand out drastically from one another. The Nexus 5X has one of the best processors on the market (the Snapdragon 808), a decent 2700mAh battery and a really great 12.3 megapixel rear-facing camera. It also boasts a fingerprint scanner on the back Google is calling Nexus Imprint, a front-facing speaker that provides decent audio quality and of course, this phone runs the latest version of Android.

In our full review, we had just a few gripes. While the Snapdragon 808 processor is very capable of performing just about everything you throw at it, the fact that the 5X comes with just 2GB of RAM makes us nervous for the future. It also only comes with 16 or 32GB of on-board storage with no microSD card expansion, so folks who are used to 32 or 64GB variants will need to rely on cloud storage when it comes to keeping media on the phone.

Considering that the Nexus 6P costed only $120 more than the 5X at launch, it was a tad difficult to recommend this smartphone at the start. Now that it’s dropped in price, though, we really think this is one of the better phones you can buy at this price range. You can now purchase the Nexus 5X starting at only $329.

OnePlus is at it again with another “flagship killer”, but can it really live up to that claim? We can’t really say that without getting some stones thrown at us, but what we can tell you is that this phone is a hell of an offering for $329. It has a great design, powerful specs and some killer software features you won’t be able to find anywhere else.

Up until recently, you needed an invitation to purchase the OnePlus 2. Thankfully the company changed that, meaning you can now purchase one of these smartphones whenever you’d like (depending on whether or not it’s in stock, of course). It’s available in two different storage sizes – 16GB of storage with 3GB of RAM or 64GB of storage with 4GB of RAM. No matter which one you choose, you won’t have to shell out an arm and a leg to get your hands on one.

There are a few caveats here, though. There’s no NFC on board, meaning you won’t be able to take advantage of Android Pay. It also doesn’t have the best camera on the market. If those aspects don’t bother you, though, the OnePlus 2 is a solid offering for a great price.

So there you have it – our picks for the best budget-friendly options Android has to offer at the moment. Did we miss anything? Be sure to let us know your thoughts in the comment section below.