Home News Saygus V2 available for pre-order at $599, $549 for those that pre-registered
News

Saygus V2 available for pre-order at $599, $549 for those that pre-registered 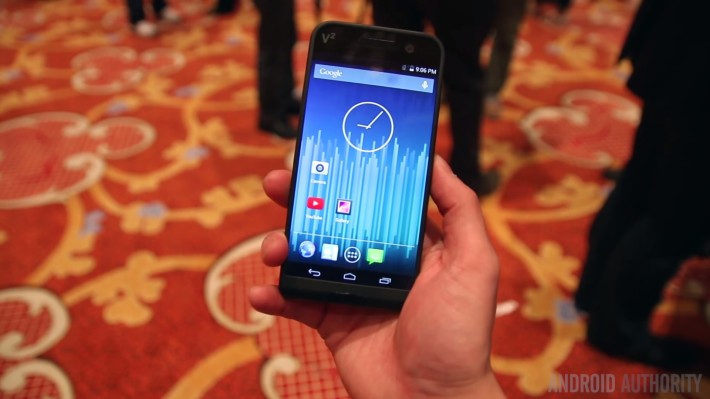 Last week we learned that the Saygus V2’s pre-orders had been delayed a bit, and as a result the company was extending its pre-registration window. Now that time has finally come to a close and those who pre-registered can now grab their pre-orders for the price of $549 with their choice of charcoal, pink or white color variants. For those that didn’t pre-register, you can still pre-order the phone but you’ll have to pay $599 for the privilege.

As for how long the pre-order window will open? Seemingly taking a page out of OnePlus’ book, there is limited window with pre-orders ending this Thursday. It is unclear if or when you’ll get another chance to buy the phone if you miss out on the first round, so we’d jump quickly if you are allured by the idea of Saygus’ unique handset. It is also worth noting that each customer that pre-orders can purchase up to 10 devices, and Saygus is even throwing in a custom glass screen protector and extra battery for free to all those who buy during the pre-order window. Of course Saygus isn’t exactly clear on how long it will take for pre-ordered devices to arrive into the hands of consumers, so keep that in mind.

Have no clue who Saygus is? The relatively unheard of smartphone maker made a fairly big splash at CES 2015 where we were able to try out the phone in person. The biggest claim to fame is the phone’s ability to offer 320GB storage by combining 64GB onboard storage and an additional 256GB split between the phone’s two microSD card slots. Additionally, the phone has high-end specs all around including a durable design, a fingerprint sensor, IP7x waterproofing, a Snapdragon 801 processor, 3GB RAM, a 3100 mAh battery and a 5-inch 1080p display.

What do you think, is the phone worth the asking price or do you feel that taking a risk on an unheard brand just isn’t worth it?