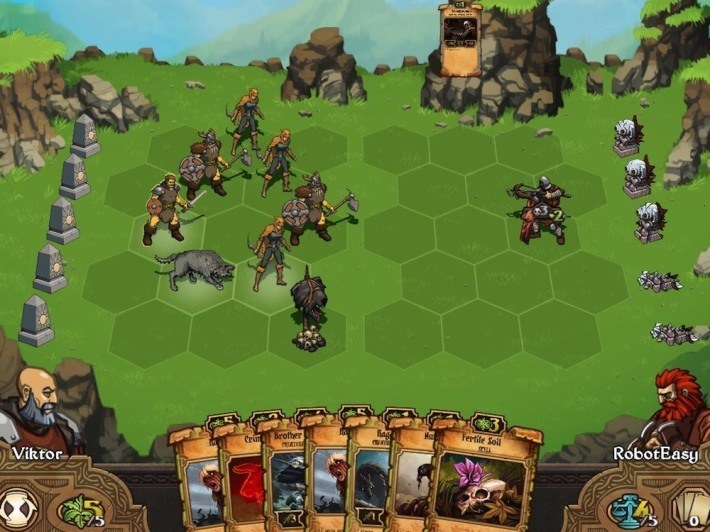 Update: and it’s here. Mojang’s Scrolls is now live in the Play Store, though it’s only available for tablets (Android 2.3 and up). Check out the introductory video:

Following countless alpha and beta tests, Mojang, the creators of Minecraft, are finally releasing Scrolls for Android on December 11th. The card-based strategy game will continue to be developed internally within Mojang, even after being acquired by Microsoft earlier this year. Among other platforms, the game will launch on the Google Play Store for $4.99.

Mojang first announced Scrolls over three years ago for the PC, and didn’t release it in beta until June of 2013. With that said, the official Android launch is long overdue. When it comes time for the official launch, Mojang promises the game will have cross-platform multiplayer functionality throughout Android, Mac and PC.

As for the game itself, players take turns trying to destroy each other’s idols using creatures, structures, spells and enchantments. When it comes to the price, $5 seems like a bit much for a virtual card game, but it’s more than that. Scrolls integrates visually appealing graphics and addictive gameplay, which should be worth the steep price tag for most fans of turn-based fantasy games.

Are you planning to download Scrolls when it releases for Android?