HomeNewsHave You Heard of the Marvel App?
News

Have You Heard of the Marvel App? 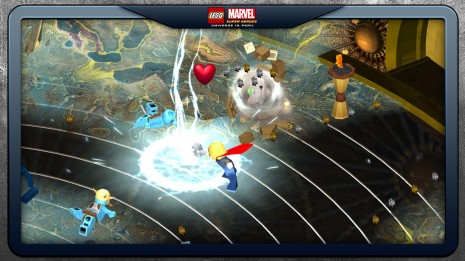 We’ve all been in the situation where we’ve had a brilliant idea for a new smartphone or table app and completed some quick sketches before being stuck by not being able to realise the design straight away; that all changes with the Marvel app. I’m going to briefly talk about what the Marvel app and then you make up your own mind up whether or not the app will be useful to you personally when designing apps.

If you mainly design tablet apps but want to go into the world of smartphones app design with the help of the Marvel App, and then get yourself a second hand phone to start yourself off.

What does it do?

All you care about – if you haven’t already heard about it – is what does it do? Well I’ll continue with the example from the first section: imagine you’ve had this amazing concept idea for a mobile handset device app. You rush around and find a pen and some paper and then you start quickly doodling out your idea. You sketch out how the app will look. Now this is where the Marvel App comes in. You take your smart phone and take pictures of your drawings; the app then morphs what you’ve drawn into a working, interactive prototype of your sketch. This means that not only can you draw your idea out, but you can have a play around with how it might actually work out when fully realised.

The app allows you to apply hotspots to your sketches which can then be linked to other sketches/images using these hotspots. That’s the basic concept for the app. Once you sketched, uploaded to the app, then applied hotspots, you have a basic, working version of your app.

A Few Words from Murat Mutlu

Murat Mutlu is the cofounder of Marvel and he explains the reason he developed the Marvel app. I’ll put his words into my own. He, like the rest of us, knew that most people could never get the genesis of their app past that of sketches, PDFs, and PowerPoints. He wanted to give novice app designers away to get a prototype of their app without having to go through the process of coding it into an interactive prototype. He wants the app to be used by businesses and individuals who don’t have the time or money to spend trying to develop prototypes. That’s where the Marvel can really flex its muscles.

You might be perfectly happy sitting there coding your prototypes and so won’t have any need for this app. But if you are interested download it today; it’s already being used by over 10,000 other people. The page on the app store says that it is ‘Perfect for designers, UXers, product managers, startups, students, and businesses that need to quickly prototype ideas to share with clients and teams.’ There’s no harm in trying, so why not give it a go?

Dell is having an insane gaming monitor sale right now – but hurry!

Samsung just fixed one of the worst things about One UI