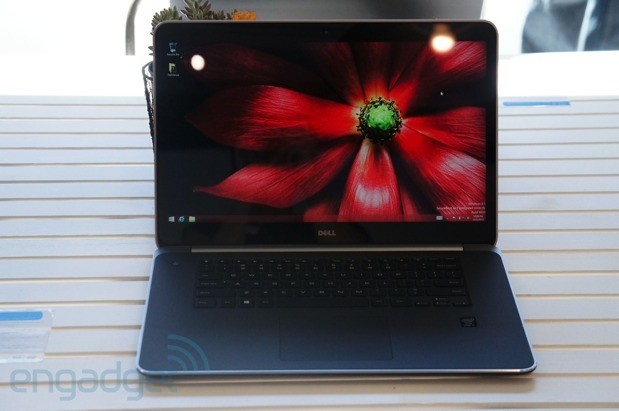 Dell’s XPS 11 might be all new and foldable, but the company hasn’t forgotten its old workhorses, the XPS 13 and 15, both of which are receiving refreshes. Having already received a sharper display option earlier this year, the XPS 13 is now getting a 1080p touchscreen covered in Gorilla Glass NBT. And — surprise, surprise — Intel’s Haswell processors (Core i3 / i5 / i7) are now part of the package, with battery life rated at up to 10 hours. As you’d expect too, the graphics have also received a bump: moving to Haswell also means stepping up to Intel’s HD 4400 chipset.

The XPS 15 (pictured above) has received an even more dramatic upgrade: it now sports a seriously pixel-dense 3,200 x 1,800 touch display “based on IGZO technology.” You have the option of either Core i5 or i7 Haswell chips, “next-gen” NVIDIA graphics and up to 1TB of hard drive space, along with a 32GB SSD. You could just opt for a single 512GB solid-state drive instead, budget permitting, and you’ll also have a choice of “voice and NFC options” (not that Dell was very specific about the voice part). The XPS 15 will arrive first, on October 15th, with a starting price of $1,500 (hey, 3,200 x 1,800 displays don’t come cheap). If it’s the XPS 13 you’re after, that will go on sale sometime in November, starting at $1,000.

Dana Wollman contributed to this report.