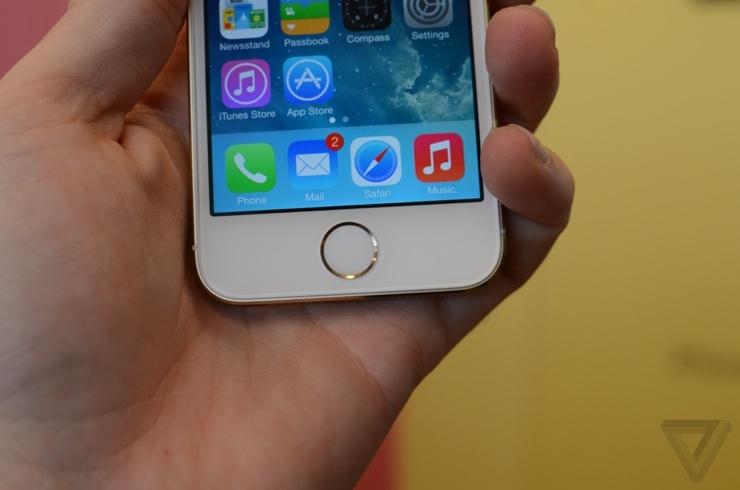 A number of news sites have been able to go hands-on with Apple’s newly announced iPhone 5s and iPhone 5c, both of which introduce a number of new features. While the iPhone 5c’s major selling point is its bright and colorful polycarbonate shell, the iPhone 5s boasts processor improvements and a new Touch ID fingerprint sensor.

iPhone 5s
In a hands-on post of the iPhone 5s, The Verge notes that the gold color “looks better in person” compared to leaked images, and notes that the “Space Gray” and white colors are very similar to the iPhone 5. The major difference between the iPhone 5s and the iPhone 5 is the ring around the home button and the slightly larger flash.

Starting with that home button, it’s now made of sapphire so that it can act as a reliable fingerprint reader. It’s not nearly as concave as previous models — in fact, it’s almost flat. Luckily, it still maintains a nice, tactile feel when you click on it and we don’t foresee anybody running into any issues. We watched the fingerprint sensor unlock the phone quickly and easily (though we didn’t get to try it ourselves).

Everything felt fast and fluid — although the animations in iOS 7 are still a little slow to our tastes — but scrolling in the new Safari was better than before, if only by a tiny amount.

TechCrunch also went hands-on with the iPhone 5s, and was able to experiment with the Touch ID fingerprint sensor, which supports up to five different fingerprints.

Essentially you spend some time letting the sensors in the Home button get used to your fingerprint, moving your finger around slightly, lifting it up just above the surface and putting it back down, with a graphic filling out how near the software is to being able to recognize your fingerprint (you can use thumb or index finger, depending on your preference).

The process took about 30 seconds to a minute overall, and then once it had successfully identified by fingerprint, it worked flawlessly to unlock the device for every subsequent trial. It also readily rejected Greg Kumparak’s attempts, proving that it isn’t just accepting all comers.

iPhone 5c
According to TechCrunch, the iPhone 5c has a “lightness” in the hand thanks to the single-piece case design and “looks fantastic” in its array of bright colors.

All of that is made more impressive by the fact that the iPhone performs terrifically, and looks fantastic. The colors really pop, and the case fits solidly in the hand and thanks to a slightly rubberized feel it should be easier to hold onto than any previous iPhone as well. The color-match wallpapers add to the charm of the overall package, and that’s likely to appeal to customers who just want a device that looks great out of the box and doesn’t require any laborious customization. 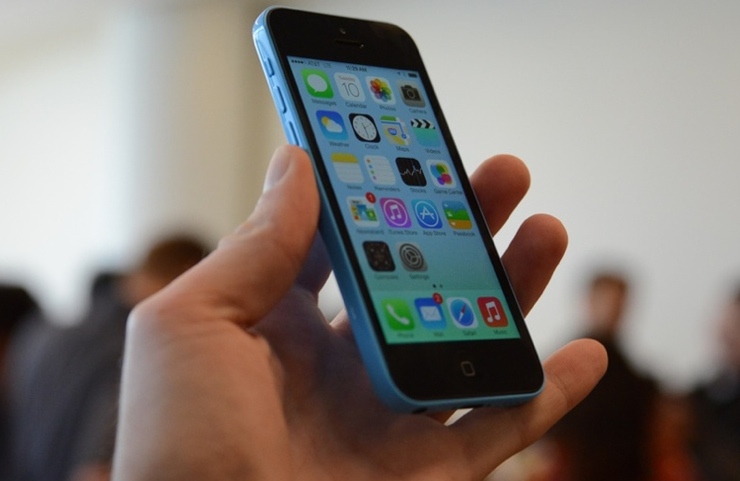 Engadget thought that the iPhone 5c had a very “solid” polycarbonate build that will hold up to scuffs and drops.

There is absolutely nothing about this setup that makes us believe it’s not capable of handling a full share of wear and tear, and the reinforced steel frame convinces us that it’s even going to survive falls without a problem.

Speaking of which, the 5c has a glossy finish, but we were quite happy to find that it’s not the fingerprint magnet that we’ve come to expect on other devices. It sufficiently handled the greasy fingerprints of a couple hundred journalists, so we doubt there will be any reason to be concerned about this phone looking dirty. In fact, it has a subtle shine to it that serves to complement the color selection.

The Verge was also impressed with the feel of the plastic iPhone 5c, though noted that it did not compare to the high-end feel of the iPhone 5s.

The 5c is almost like a toy, a rugged, comfortable device that doesn’t feel much heavier than the iPhone 5 despite being noticeably larger. According to Apple, the device has a larger battery than the iPhone 5, which along with its plastic shell goes a way to explaining its bulk.

This is how you make a plastic phone, though: from the cohesive shell to the smooth and glossy back (which did pick up a fair number of fingerprints) the device feels far better than Samsung’s or LG’s plastic options. Even the rubbery cases look nice, their open-circle backs fitting in nicely with the color palette.

What Should You Not Do On A Gaming Laptop?

Which Is the Best Bluetooth Headset for Mobile