[LEAK] HTC One Max Specs And Photos Make An Appearance 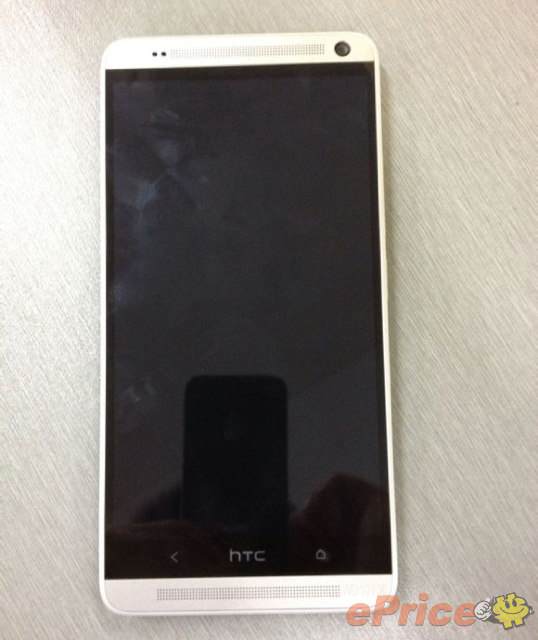 Oh this… it’s nothing. Ha! I lied. This is the HTC One Max showing its sexy face for all you ‘phablet‘ lovers out there. Isn’t it puurty?

That’s right folks, HTC has provided us with its answer to Samsung‘s very popular and critically acclaimed Galaxy Note phablet series with the introduction of its first phablet device, and it seems to have taken a lot of pages out of Sammy’s playbook as inspiration. The most notable feature is of course the mammoth screen on it. I am very interested to see how Sense 5/6/etc. take advantage of the extended screen real estate (please learn from your mistakes with the Evo series and increase the grid size on the home screens HTC, I couldn’t stand the 4×4 on the Evo 3D)

Now I referenced Samsung in this only to emphasize the importance of providing proper competition against a successful franchise, and HTC has done a great job in my opinion. This is a quality device that has just enough additional meat and potatoes to separate it from it’s smaller big brother. Great job, HTC.

Other than that, the specs are the same as the HTC One with the camera, screen resolution and things of that nature. The only downgrade, which I am hoping will result in MicroSD card support for their sake, is the fact that it only has 16GB of storage, reported of course. Other than that, a job well done is very much in order HTC, and I’m looking forward to getting to play around with one at a store soon.

Reports say that the phone is expected to be released next month, are you going to buy one? Are phablets getting a little too big? Let me know in the comments below.