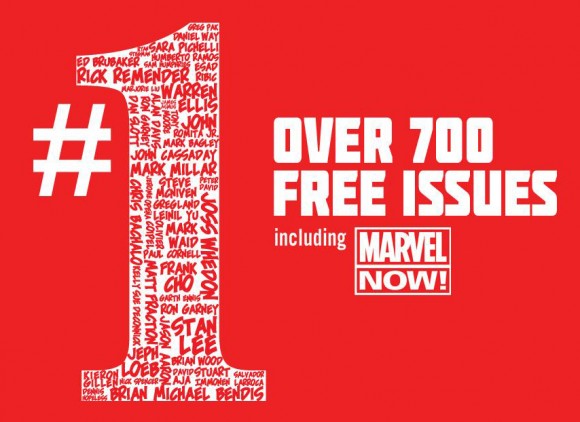 Yesterday Marvel announced that it was giving away 700 first-issue digital comic books through its own mobile app, as well as ComiXology’s mobile app. However, due to the incredibly high demand for the free comic books, Marvel and ComiXology have suspended the promotion for now. Servers were constantly crashing, which was disrupting the sale of all their comic books.

On ComiXology’s blog, CEO David Steinberger said that his team “expected a high degree of excitement for the Marvel initiative,” and while he thought that they were prepared for the promotion, they became “overwhelmed by the immense response.” In fact, they’re still trying to get their servers back up and running.

In the end, Steinberger notes that the server crashes were a hindrance to avid comic lovers getting the comic books they wanted right away, and until they can fix their servers and bolster them up for more traffic, ComiXology will be suspending the promotion. However, Steinberger says that those who haven’t yet taken advantage of the offer will still get their chance.

The company created a sign-up page where you can enter in your email address to get an email update when the promotion goes back online. ComiXology is a digital distribution partner with Marvel, and the company also powers both the Marvel comics app and its own standalone app, so the promotion is currently dead on both platforms until further notice.

Marvel comics promotion paused due to overwhelming demand is written by SlashGear.
© 2005 – 2012, SlashGear. All right reserved.