Dropbox has been making more of an effort at updating its mobile apps lately while leaving its desktop client by the wayside. However, the cloud storage company released a big update to the desktop client for Windows and Mac that comes with a new look, as well as improved notifications and enhanced sharing features. 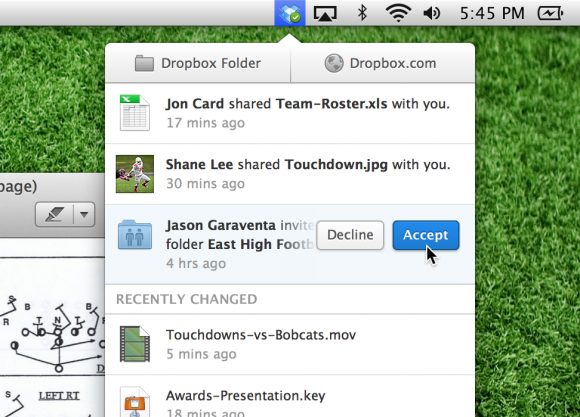 The desktop client for Dropbox lives in the system tray or the menu bar (depending on whether you have Windows or Mac), so all the updates and new features are happening there. Specifically, Dropbox made it easier to access shared files, and you can also accept or decline invitations to shared folders right from the dropdown menu.

You’ll also get notifications in real-time as people share files with you. Dropbox also made it much easier and quicker to see what files have recently changed in your Dropbox, and they also added a new way to share files with a link. You can easily click “Share” on any recently-changed file and paste the link to the person you want to share it with. 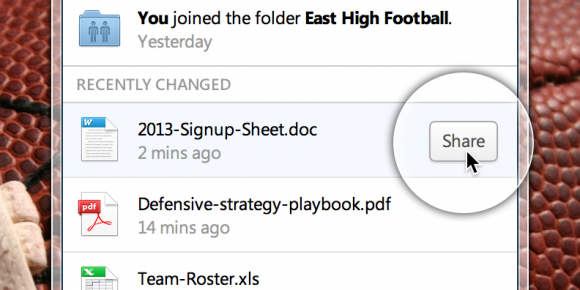 However, the desktop client wasn’t the only thing to get the new features today. The mobile app for both iOS and Android both received an update that will provide notifications for shared folders. It’s not a huge update for the mobile version, but some users will enjoy getting the improved notifications on their smartphones.