HomeNewsApple A7 chip tipped with Intel inside
News

Apple A7 chip tipped with Intel inside

With the pattern ringing true for some time now, it’s not unbelievable in the slightest when one hears a tip of a so-called “A7″ chip in Apple’s future for the iPad, iPhone, and iPod touch. What’s slightly more questionable is the possibility that part of the production of this chip might be done by Intel. With word of Apple aiming to pull away from Samsung in their chip production across the board having been an unofficial understanding for quite a few months now, it seems that Intel might be aiming to grab a piece of the pie. 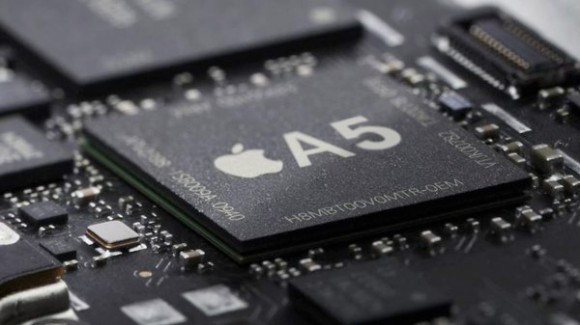 This news comes from DigiTimes – a publication which you’ll certainly want to take some measure of salt listening to – speaking with unnamed “institutional investors.” The note speaks of Apple’s business aiming for Intel with an approximate 10% chop of the market in creating this next-generation mobile SoC. As for the rest of the pie, a rumor persists that TSMC – Taiwan Semiconductor Manufacturing Company – will be rolling in the production.

The newest break-up of production, again according to DigiTimes, is a 50/40/10 sharing of efforts, with Samsung keeping the largest slice while TSMC takes the 40 and Intel takes the 10. In the end, the A7 chip will remain Apple-branded and, unlike smartphones made by most other major manufacturers, the processor inside the iPhone, iPad, and iPod touch will only be promoted as Apple-made. We’ll have to wait until the tear-down and magnifying glass up-close looks to be sure.

Have a peek at the timeline below to see more information on what Apple’s A-series chips have been up to, and stick around later this year to hear all about what’s almost certainly going to be the iPhone 5S, too. Is it time for the A7 chip to go much more than multi-core? Quite possibly!