Rumors of the next console generation are hitting left and right as we head deeper into 2013, and today Sony may have just given us a date for the reveal of its next console. The company has released a new teaser trailer of sorts on the PlayStation Blog, and it suggests that the next PlayStation will be announced on February 20. That’s less than a month away, so the PlayStation 4 may be closer than some think. 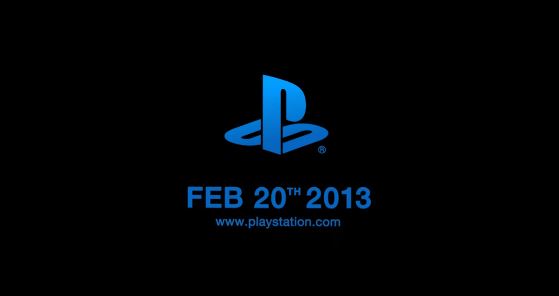 Like all good teasers, Sony’s doesn’t give away anything. All we see are the classic PlayStation button symbols and the February 20, 2013 date at the end. The post on the PlayStation Blog is similarly short on details, but the title does invite us to “See the Future.” There’s also a link users can follow to leave their information to “Be the First to Know.” Naturally, we can’t be sure of Sony’s intentions, but it certainly sounds like the company is gearing up to announce its next console.

This event will be going down at 6PM Eastern on the February 20, and if Sony is planning to use it to reveal the PlayStation 4, it’ll probably be getting quite the jump on Microsoft. The Xbox maker has been just as secretive about its next console, but recently, Major Nelson posted a countdown clock to E3 2013 on his blog. That suggests Microsoft will reveal the next Xbox at the expo in June, meaning that Sony could have a number of months on Microsoft if it chooses to go all-in on February 20.

We’ll just have to wait and see, because you can bet Sony won’t let any new details slip out before it holds this event. We’ll naturally be covering Sony’s event, so you’ll be able to find details on whatever the company announces right here at SlashGear. Do you think Sony is getting ready to announce the PlayStation 4?

PlayStation 4 announcement tipped for February 20 in Sony teaser is written by SlashGear.
© 2005 – 2012, SlashGear. All right reserved.

Disappointingly, Wear OS 3 won’t be saving Android smartwatches for a while yet

Should Google cut off Fitbit iPhone users in the future?