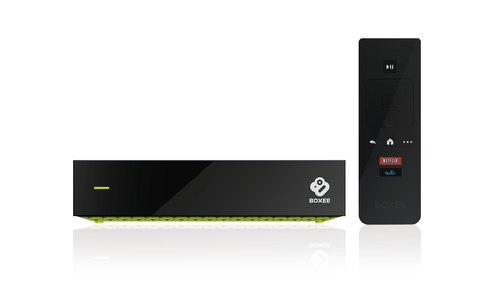 There are a number of set-top boxes on the market today that allow you to stream content from different services such as Netflix or YouTube. One of those devices is the Boxee TV. Boxee Inc has scored a major win with the announcement that Walmart will be selling its latest device, the Boxee TV, in its 3000 US locations starting tomorrow.

The Boxee TV will be in stores at a price of $98 just in time for the holiday shopping season. Walmart plans to put significant weight behind the product with marketing materials being sent out for the device, and displays set up in the stores. The Boxee TV is a black set-top box that comes with a remote control. The Boxee TV can access free HD broadcast channels as well as streaming Internet content.

The idea is to bring free over the air HD programming and basic cable programming that’s not protected to viewers as well as streaming content from Netflix and other sources. The Boxee TV has dual tuners and will allow you to record one program while watching another live. However, the set-top box has no internal storage device.

All programs that are recorded using the DVR feature are recorded to the cloud. Buyers of the device will get unlimited storage space on the cloud and will be able to watch the recordings on a laptop, tablet, or the TV. There is a $14.99 monthly charge for the cloud-based DVR service, which is only available in certain markets.

“It’s going to be a big launch for us,” Avner Ronen, Boxee’s chief executive officer, said in an interview. “There’s a big difference between having your product being carried by retailers, where it sits on the shelf, and getting real marketing behind it.”