Qualcomm and Project Ray announce multi-use smartphone for the blind

Qualcomm and Project RAY have teamed up to create a multi-use smartphone for the visually impaired and blind. Referred to as the Project RAY phone, it uses a specially-created user interface that is optimized for eye-free operation. The device is designed to reduce the number of gadgets a blind or visually impaired person uses throughout the day by offering all of their features in a single device. 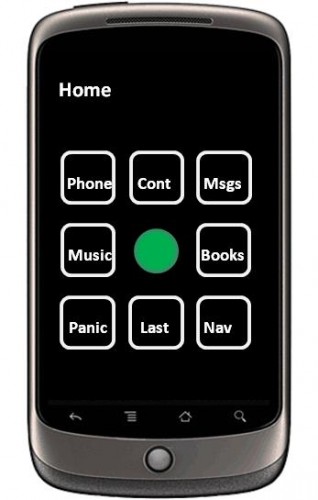 The majority of blind individuals use simple phones for making calls. Obviously, the average smartphone is not something that can be used sans-sight. To make life easier, the visually impaired use a variety of specialty devices, which are more expensive than their normal counterparts and require individuals to use and keep track of many items.

The Project RAY phone has been created specifically to eradicate the need for many of these devices by performing the actions itself. The phone is based on an off-the-shelf Qualcomm-powered Android smartphone, this eye-free mobile device offers constant broadband connectivity and an adaptive UI. The RAY smartphone is currently in the testing phase, with 100 participants in Israel.

The interface allows users to touch any location on the screen, which will then become the starting point for selecting a feature. It is synchronized with Israel’s Central Library for the Blind, Visually Impaired and Handicapped audio books. Services include texting, phone calls, navigation, social network services, object recognition, remote assistance, audio book reading, and more. Said Don Rosenberg, executive VP and general counsel for Qualcomm, “We believe the Project RAY device will enhance the ability of blind and visually impaired people to access resources and information independently.”

Qualcomm and Project Ray announce multi-use smartphone for the blind is written by SlashGear.
© 2005 – 2012, SlashGear. All right reserved.