Pantech has announced that it is rolling out an operating system update for two of its Android smartphones. The two smartphones are the Pantech Burst and the Element. Both smartphones are being upgraded to Android 4.0 ICS on the AT&T network. 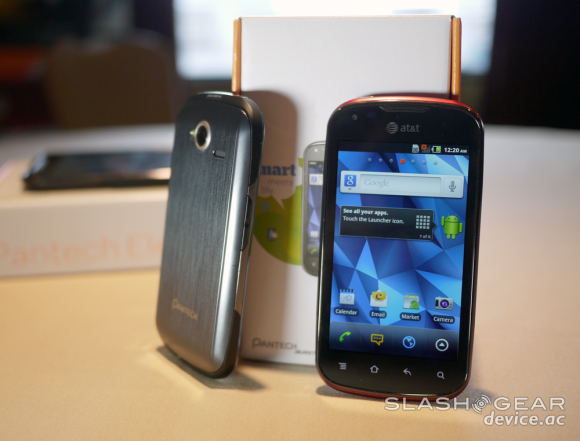 Pantech says that the operating system updates enhance the performance and usability features on each of devices with a focus on custom tools and refining the user interface. The Burst is a 4G LTE smartphone with a four-inch super AMOLED screen using a 1.5 GHz dual core processor. This device is one of the cheaper smartphones that AT&T offers selling for $.99 with a new two-year agreement.

Some of the features the operating system upgrade adds to this device include an updated lock screen, a new recent apps button, and enhanced home screen with a canvas switcher edit function, and improved text input and spell checking. The update also enhances the camera with a new self-mode and a new panoramic capture mode.

The Element is an AT&T exclusive that is waterproof and sells for $399.99. The device supports 4G LTE connectivity, and the Android 4.0 update adds a number of settings and features to this device. The update brings the ability to customize the number of home screens with up to five. The update also allows the ability to combine and organize app shortcuts in the folders and a redesigned settings menu. The update for either smartphone requires the device be tethered to a computer.