Orbcomm satellite falls out of orbit after problematic orbital insertion

Earlier this month, SpaceX launched its Falcon 9 rocket into space with the main mission of delivering its Dragon cargo capsule to the ISS for NASA. During the mission, the Falcon 9 rocket also carried an experimental communications satellite constructed by a US company called Orbcomm. The Falcon 9 was supposed to drop that satellite off in an orbit with an altitude of 466 miles above the surface of the earth. 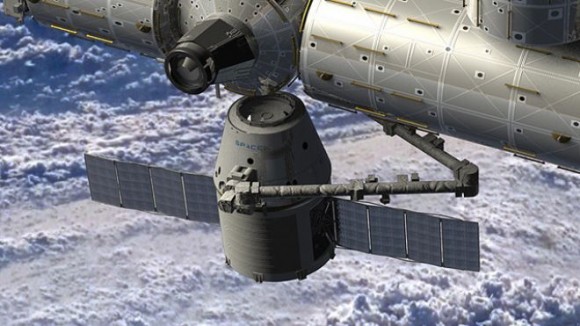 However, SpaceX and Orbcomm ran into a significant problem when one of the nine Merlin engines powering the Falcon 9 rocket shut down early following launch on October 7. The single rocket engine shutting down early meant that the satellite failed to reach the orbital altitude required. Orbcomm has now announced that the satellite has fallen out of orbit and burned up in the atmosphere during reentry.

Orbcomm did have a $10 million insurance policy in place that would “largely offset” the loss of the satellite and the cost of the launch. Interestingly, the Falcon 9 rocket had enough fuel to relight like the engine that shut down early, but the remaining liquid oxygen gave only 95% chance that the rocket would complete its second burn.

Since NASA’s ISS payload was the primary payload on the mission NASA requirements stipulated that if there wasn’t at least a 99% chance that the rocket had enough fuel to complete the second burn, the engine could not be restarted. Orbcomm said that it believes if its satellite had been the primary payload on the mission the prototype would’ve reached the orbit required.

“Orbcomm understood from the beginning that the orbit-raising maneuver was tentative,” SpaceX spokeswoman Katherine Nelson wrote. “They accepted that there was a high risk of their satellite remaining at the Dragon insertion orbit. SpaceX would not have agreed to fly their satellite otherwise, since this was not part of the core mission and there was a known, material risk of no altitude raise.”

Orbcomm satellite falls out of orbit after problematic orbital insertion is written by SlashGear.
© 2005 – 2012, SlashGear. All right reserved.