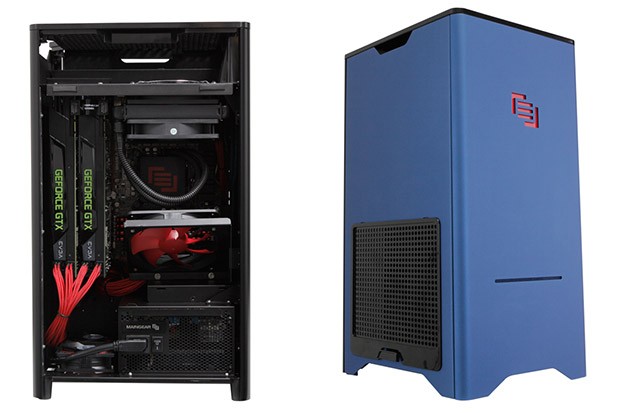 No one can accuse Maingear of skipping the latest hardware cycles — less than a month after offering PCs with NVIDIA GeForce GTX 650 and 660 graphics, the PC system builder has announced that you can get all its desktop machines with GTX 650 Ti graphics now, too. As it happens, NVIDIA has just launched that very product — a friskier version of the GTX 650 with extra Cuda cores — keeping Maingear in lockstep with its graphics board suppliers again. That card will fill the gap between the $229 GeForce GTX 660 and $109 GTX 650 cards and run $149 (estimated), while Maingear has said it will feature special F131 and Potenza GTX 650 Ti systems at $150 off, along with a free copy of Assassin Creed III. So, if you need all the fps you can get, but can’t quite pony up for the more desirable GTX 660, check the PR for more details.

NVIDIA launches GeForce 650 Ti, Maingear says all custom desktop models now have it originally appeared on Engadget on Tue, 09 Oct 2012 09:00:00 EDT. Please see our terms for use of feeds.