Scientists have been trying to determine for a long time exactly how the Earth came to have the moon. Many scientists have been studying how the planet was gifted with its satellite because the Earth and Moon have a similar composition and chemistry. A new scientific paper was published Wednesday that offers a new theory on how the moon was created. 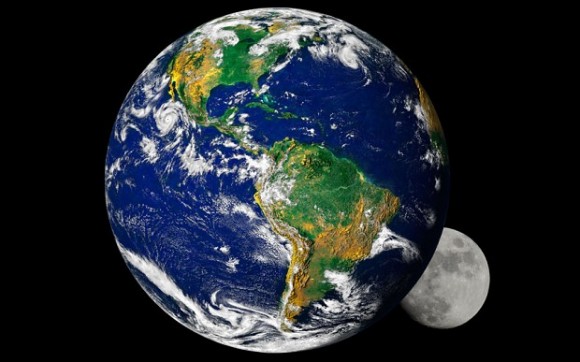 According to the scientists, the Earth was spinning much faster when the moon was formed, and a day would’ve lasted only 2 to 3 hours. The scientists believe with the earth spinning so quickly that an impact with another large celestial body could’ve launched enough Earth material into space to form the moon. The theory comes from scientists Sarah Stewart and Matija Cuk.

Stuart is a Harvard professor of earth and planetary sciences. Cuk is an astronomer and investigator with the SETI Institute. The scientists support their theory by pointing out that modern studies of planet formation show that the Earth grew due to a series of massive impacts that made the planet spin at near its rotational stability limit of about two hours. The scientists believe the last massive impact formed the moon.

New scientific theory suggests the Moon was once part of the Earth is written by SlashGear.
© 2005 – 2012, SlashGear. All right reserved.