NASA is considering setting up a $1.5m bounty for anybody who can develop an autonomous drone capable of safely navigating the crowded skies above the US. Potentially part of the Centennial Challenges, the Unmanned Aircraft System Airspace Operations Challenge would search for a workable drone piloting system that could track and avoid other aircraft, even those not equipped with the same AI technology. The end result could be surveillance and other types of drones capable of remaining aloft for extended periods without human intervention. 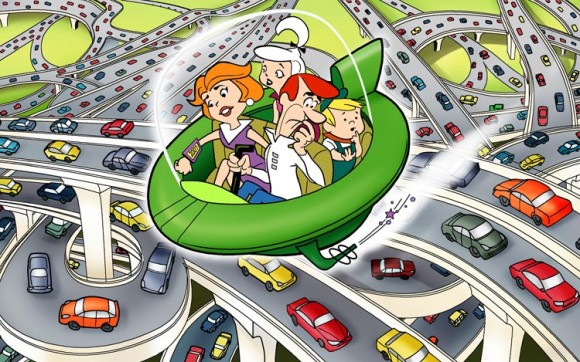 At present, NASA is merely throwing the possibility of a challenge out there, requesting proposals no more than five pages in length that comment on the expected rules and guidelines, state intention to take part, or give feedback on what an autonomous drone should be able to do. “The approach being considered would require competitors to maintain safe separation from other air traffic while operating their UAS in congested airspace, under a variety of scenarios” NASA says. “This will be accomplished through the use of sense and avoid technologies.”

If NASA decides to go ahead with the challenge, the first trials would take place in 2013. The first part – Level 1 – would allow the assumption that all other devices in flight would be equipped with the same Automatic Dependent Surveillance Broadcast (ADS-B) system, used to communicate exact positioning between aircraft.

However, Level 2 would remove that crutch, and demand that ADS-B equipped systems also be able to operate safely around aircraft that weren’t so upgraded. The drones must also be able to communicate verbally with air traffic control, in such a situation that the ADS-B might fail.

Drones are already widely deployed in military situations, but usually simply divorce the controller from being physically aboard the craft itself. Rather than being autonomously navigated, such drones can generally maintain their position but require remote piloting to actually move around.

Of course, any eventual system that results from the challenge wouldn’t just be useful for drones. Unmanned needn’t mean passenger-free, and while Jetsons-style flying cars are still probably some way off, ADS-B systems could be a first step toward independent self-flying vehicles that could safely navigate the skies above crowded highways.

The Level 1 Competition (L1C) would focus on a competitors ability to fly 4-Dimensional Trajectories (4DT) to provide a reasonable expectation that they will be where they are supposed to be, when they are scheduled to be there, successfully employ Automatic Dependent Surveillance Broadcast (ADS-B), maintain safe separation from other ADS-B equipped air traffic, and operate safely in a number of contingency situations.

The Level 2 Competition (L2C) would extend the requirements in each of these areas while adding a requirement to maintain safe separation from air traffic not equipped with ADS-B and a requirement that the vehicle be able to communicate verbally with the Air Traffic Control system under lost link conditions. Competitors would be required to have a working Hardware-in-the-Loop Simulation (HiLSim) for their flight vehicle.