Creator of the insanely-popular sandbox game Minecraft has been working on another title for a few months now called 0x10c (pronounced “10 to the C”), and today he revealed some more details about the upcoming game and even released some early gameplay footage to demonstrate the various aspects of the game, like the physics, graphics, and lighting. 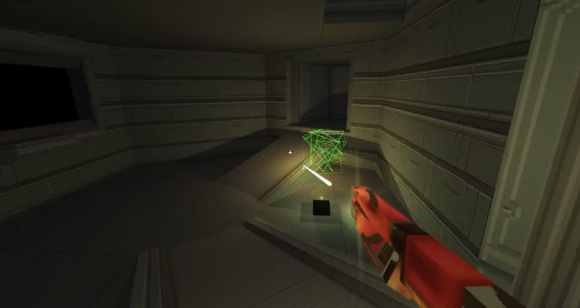 0x10c is a first-person space simulator currently being worked on by Mojang, with Markus “Notch” Persson as the lead designer who is the infamous creator behind Minecraft. Notch says the game is inspired by the TV show Firefly, as well as the video game Elite. Gameplay will involve different aspects, such as exploration of other ships and planets, various space battles, and even mining, trading, and looting similar to what you would find in Minecraft.

Notch says that the game will features some interesting twists, like if your ships crashes while you’re trying to land on a planet, it just doesn’t explode, but rather the spacecraft will simply break down and you’ll have to explore for different resources in order to fix it. Currently, there’s no multiplayer, but Notch says that it’s on the to-do list.

We first heard about 0x10c back in April, when Notch first announced the game. It was in its early-development stages and not a lot of details were given at that point, but it looks like the developing team has made a lot of progress so far. However, Mojang says they’re still in the early stages of development, so we definitely won’t see the game’s release before the holiday season.