Microsoft Surface exposes its guts to iFixit, knows if you’ve been meddling with it 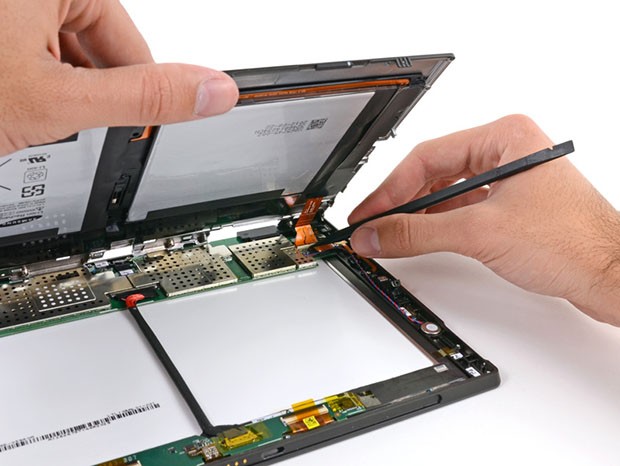 Now that the Microsoft Surface is in the wild and we’ve probed it from the outside, the tool-toters at iFixit have opened one up to see what makes it tick — and whether you dare attempt a repair yourself. The first thing they noticed was how tricky it was to remove a plastic access cover, which caused unavoidable damage to the tamper-evident label when they finally got it off. That would tip repair depots that you’ve been rummaging about, likely rendering your warranty moot. Other sore spots included the LCD and glass being fused together, along with a keyboard connector that’s impossible to get out without pulling the display off first. On the plus side, the iFixit team found the battery easy to remove despite being glued to the case (unlike other recent devices), and many un-soldered components that were also swappable. All that added up to a score of four on the repairability scale — meaning that fixing one probably isn’t a great DIY project, unless you’re the patient type.

Microsoft Surface exposes its guts to iFixit, knows if you’ve been meddling with it originally appeared on Engadget on Mon, 29 Oct 2012 08:54:00 EDT. Please see our terms for use of feeds.