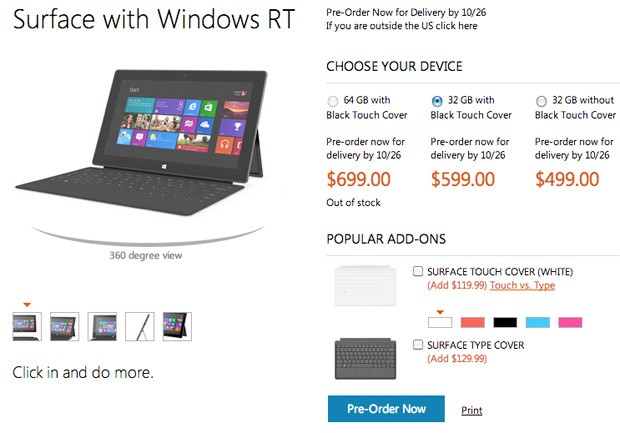 With a stamp from the FCC on its passport, and some fancy new TV ads, the smell of Microsoft’s Surface tablet is thick in the air. Until now, however, price has been a mystery. Microsoft has just revealed, via its own store, that if you want a slice for yourself, you can do so starting from $499. That price will get you the 32GB version, without the touch cover, with pre-orders available now, penciled in for a 26th of October delivery date. If you must have that cover, it’ll set you back another $100, and the same amount again if you want to hop up to 64GB of memory. With the current status of the larger-memory version showing as out of stock though, those with a thirst for storage still might have to wait a little longer.

Update: It looks like Microsoft might have pulled the listing for now. Perhaps the pages weren’t meant for prime-time just yet.