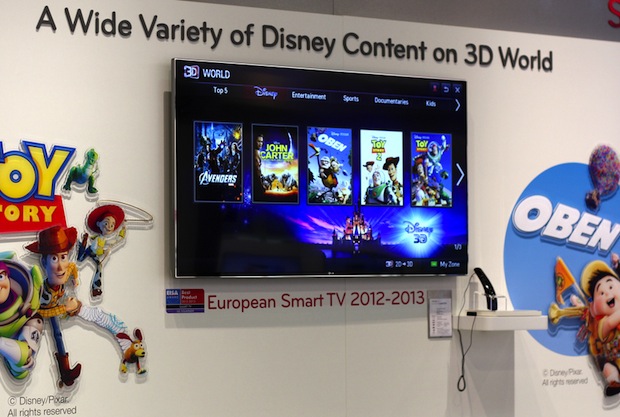 Although these have been accomplished by two different branch entities, there’s no doubt the folks over at Disney are in a deal-making mood as of late. Having recently announced a deal bringing new content to Cablevision subscribers, Disney has also partnered up with LG to bring an array of 3D films over to its Smart TV platform — so long as the units are 3D-ready and you are in the US, of course. This means movies from studios such as Disney Pixar, Walt Disney Pictures, Marvel and Touchstone Pictures will available to rent in three-dee directly from LG’s 3D World, including The Avengers, Toy Story, Alice in Wonderland and, later next year, Finding Nemo. Better yet, LG’s currently offering a deal which hands you $50 in credit (which expires December 31st) to spend on 3D rentals — naturally, however, you’ll have to shell out some cash on one of its qualifying TVs in order to take advantage of this promo. To learn more about that, check out the press release after the break.