Back in August, Lenovo officially announced the Windows RT-equipped IdeaPad Yoga, which is a laptop/tablet hybrid that features a complete 360-degree rotating display that will be released on October 26. The company’s Japanese partner, NEC, has announced that it’s bringing the same flavor to its Japan users as well. 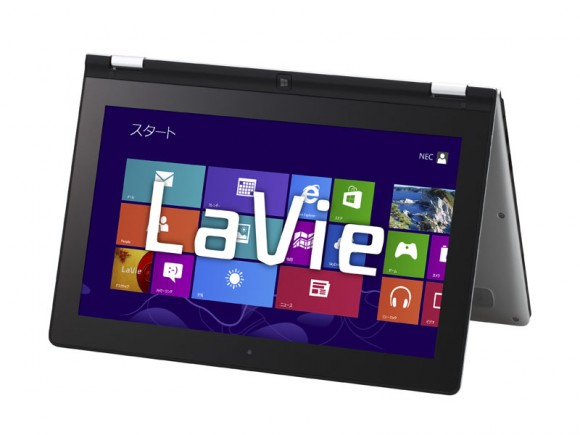 NEC announced the LaVie Y, which is a variant of Lenovo’s IdeaPad Yoga 11, and it will feature 2GB of RAM, 64GB of internal storage and will be powered by a quad-core Tegra 3 processor clocked at 1.3GHz. The hardware won’t differ all that much, and it’s only the software side that will see a change from the device’s US counterpart.

The device will have a 11.6-inch display with a 1366×768 resolution, and will come with USB, Bluetooth 4.0, HDMI-out, an SD card slot, built-in compass, accelerometer, and a gyroscope. It’s said to have an 8-hour battery life with 320 hours of standby time, and it weighs in at just under 2.8 pounds.

The LaVie Y is expected to hit Japanese stores on November 22 at a cost of 90,000 yen, or approximately $1,140 in US dollars. That’s quite a high price to pay for such a tablet/laptop combo, and it’s right in line with the American-based version, but we can assume that both companies will pull out all the stops with these two hybrids.

Lenovo IdeaPad Yoga heading to Japan as NEC LaVie Y in November is written by SlashGear.
© 2005 – 2012, SlashGear. All right reserved.