Back in 2007, the script for the not-gonna-happen-anytime-soon fourth installment of Jurassic Park was reviewed by Ain’t it Cool, revealing just how strange and different and potentially awesome the movie could be. Fast forward a few years, and production art for the script has surfaced over at NeoGAF, showing walking dinosaurs with an attitude and dino-human hybrids. Industrial Light and Magic denies that the rendered images came from its studios. 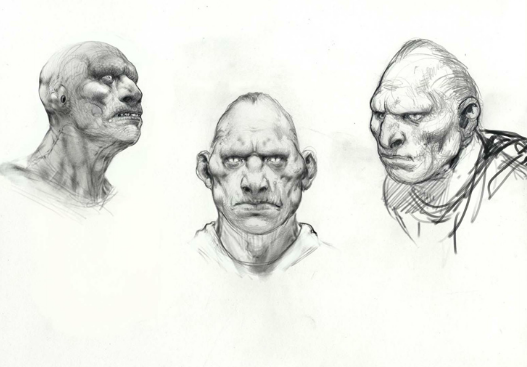 From Industrial Light and Magic:

Not sure where this stuff came from but it’s not from a production we’ve worked on. Looks like someone’s personal work – ILM doesn’t put © lines on our work like in those images – we don’t own the work – the clients do.

The images are a mixture of drawn and rendered photos, and they seem to match up with the review posted of the Jurassic Park IV script. For those unfamiliar, here’s a basic synopsis of the film: Main character Nick Harris travels to Isla Nublar on a secret mission for John Hammond, where he is captured by excavaraptors and security working for Grendel Corporation, who owns the island. Harris is then taken to a facility in Switzerland, where he discovers that Hammond has the brilliant ideal to (illegally) mix dino DNA with dogs and humans, creating some pretty formidable beasts. 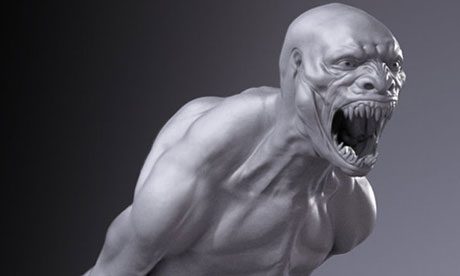 The five hybrids are called deinonychus, which kinda sorta resemble a T-rex, only they’ve been laced with dog DNA to make them obedient. In addition to perhaps being loyal, the deinonychus’ are also super strong and fast, with keen hearing and smelling abilities, and improved forelegs, since we all know those are a T-rex’s weak spot. Specifically, the hybrids have longer, more dexterous fingers and stronger forelegs. The best part? They’re bugged with an implant that offers a shot of adrenaline or serotonin when needed. 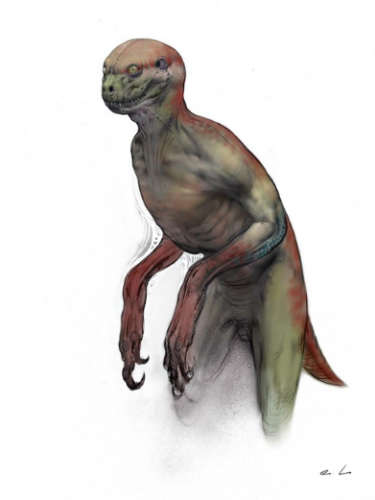 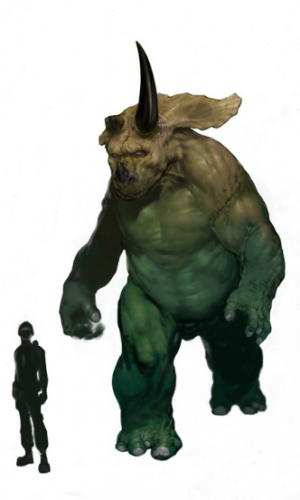 At the end of it all, the script makes room for Jurassic Park V, and, according to Ain’t it Cool’s review, involves set pieces “much bigger than anything we’ve seen in the other films.” After all this, it isn’t surprising to see why the movie was nixed. After all, human-dog-dinosaur hybrids with adrenaline-shooting implants, ripped biceps, and a face only a mother could love being used to destroy the existing dinosaur population seems both awesome and entirely insane.