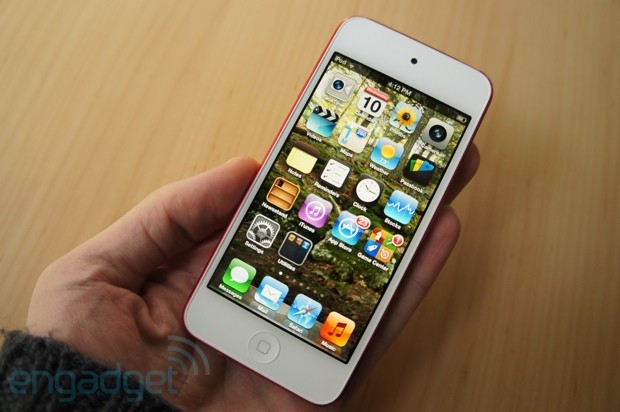 When last we got a new iPod touch, the fourth-generation from 2010, it was so thin relative to other devices of that era we said it looked like “a toothpick.” Its 7.2mm thinness was unparalleled — at the time. But now, just two years later, the iPhone 5 is less than a half-millimeter thicker, and that is of course packing a lot more wizardry inside. Suddenly, that toothpick is looking a little portly, which means it’s time for the touch to lose a little weight.

Enter the fifth-generation iPod touch, the 2012 model that has slimmed down to a mere 6.1mm in thickness. It’s also about 10 percent lighter — despite being grafted with a new 4-inch Retina display. Not only is it bigger and thinner, but it’s far faster and has hugely improved cameras on both the front and rear. The perfect PMP package for $299? Click on through to find out.