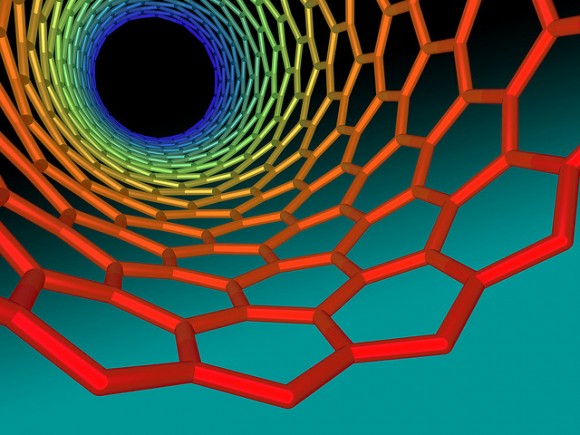 IBM has reported that they’re making great strides on developing a new technology that will continue to make chips smaller, while also making them continually faster at the same time. Using carbon nanotubes, IBM scientists have been able to build hybrid chips with more than 10,000 working transistors.

It’s said that the point in time when technology will reach a plateau as far as getting smaller and faster will come at some point, meaning that Moore’s Law won’t last forever. Even though Moore’s Law has lasted almost a half-century so far, it’s said to only be around until around 2020, give or take a few years.

If you’re not familiar with Moore’s Law, it’s basically an observation of sorts where the number of transistors that can fit onto an integrated circuit doubles roughly every two years. The law is named after Intel co-founder Gordon Moore and was coined by computer scientist and former Caltech professor Carver Mead.

IBM’s carbon nanotube discovery is huge, especially considering that chip makers have not yet found ways to improve chips beyond the next two or three generations. Not only will carbon nanotubes allow chip makers to build smaller transistors, but they’ll be able to increase the speed at which those transistors can be turned on and off. However, it’s not said when the new technology will be ready, but it most likely won’t be for a few more years at least, since it’s still in its early development stages.