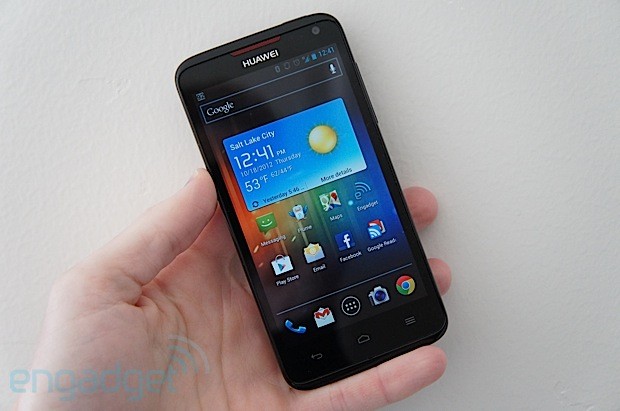 In February of this year, Huawei took to the stage at Mobile World Congress in Barcelona to highlight its most ambitious smartphone strategy to date. Its plan: to establish a new classification system by dividing the bulk of its handsets into four core groups starting with the high-end D-series at the top and working its way down to the bargain bin Y-series. Hogging Accepting the bulk of the spotlight, however, was the Ascend D Quad XL, a “superphone” containing a homegrown quad-core CPU. For a manufacturer that hadn’t even put a dual-core phone on the market (the Ascend P1 wasn’t on sale yet), a launch in the second quarter of this year felt incredibly aggressive. This was Huawei’s first real chance to make a legitimate name for itself outside of Asia; pushing out an impressive device in a timely fashion was imperative.

Fast-forward eight months, and we’ve witnessed the 2012 equivalent of the Motorola Droid Bionic: the unfortunate device has been the subject of uncertainty and countless delays. Fear not, it’s finally been released. However, it faces an incredibly competitive market coming into the holiday season, with quad-core heavyweights like the Samsung Galaxy Note II, LG Optimus G and HTC One X+ ready to duke it out. We had this question when it was originally announced, and it’s become even more relevant now: can the Huawei D Quad XL (and its freshly made SoC) hold up respectably amongst its new peers? Delay no further and join us after the break to get the full scoop.

Facebook
Twitter
Pinterest
WhatsApp
Previous articleCEA officially brands 4K as Ultra HD, gets ready for a flood of new displays at CES
Next articleLG tells the story behind QSlide multitasking, won’t be mad if you tweet at the same time (video)
- Advertisment -