Hauling luggage through the airport can be a pain, as any frequent traveler will tell you. A new suitcase called only “Hop” is looking to change all of that, though, using signals from your cell phone to go hands-free. According to Hop’s official website, the suitcase comes equipped with three sensors to identify and triangulate the Bluetooth signal from your phone, using those to pick you out of a crowd. 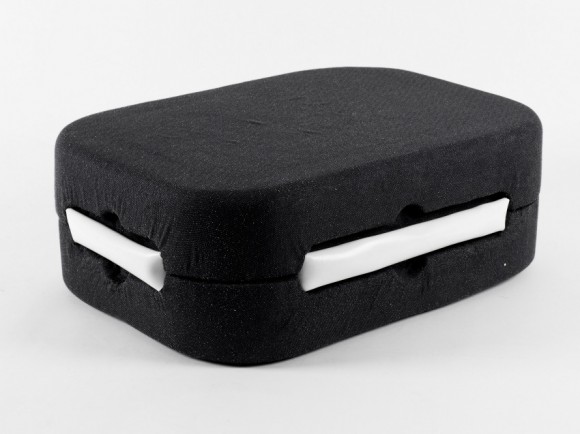 Once it’s done that, a microprocessor not only figures out Hop’s position as it relates to your phone, but controls the two caterpillar tracks in the bottom of the unit to get it moving. Hop follows behind the user at a constant distance, so you don’t have to worry about it “stepping” on your heels, so to speak. If it loses the signal it’s following, your phone will vibrate, letting you know that your poor suitcase is lost and alone in a sea of strange people.

We can see Hop in action in the video below, and we have to say that it looks like a great little device. There’s just one problem: it looks as if you’ll have to walk at a relatively slow pace to keep the suitcase from losing the signal. Since a walk through an airport is rarely a leisurely stroll, that could potentially cause some issues. Also, don’t expect TSA agents to just smile and wave as you walk through security with a remote-controlled suitcase tailing you.

Still, the idea behind Hop is really cool, and we’re willing to bet that there are some frequent flyers willing who would put down some money for it right this instant. It looks like this is just a prototype at the moment, so don’t expect it to be available for sale anytime soon (if it ever is, for that matter). Would you purchase one of these if Hop ever became available commercially?