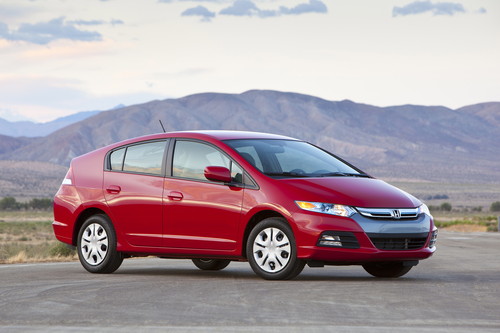 The hybrid sales numbers also include some Acura models, including the ILX Hybrid. Honda also sells a version of the Fit called the Jazz Hybrid around the world. The automaker will be introducing new hybrid systems for mid-sized car models using a two-motor hybrid system. Honda is also talking up a new highly efficient high-output three-motor hybrid system called the Sport Hybrid SH-AWD standing for Super Handling All Wheel Drive.

That hybrid system will be used in the new Acura NSX and RLX Sport Hybrid. Honda is well behind rival Toyota in the hybrid market. Toyota reached 1 million global cumulative hybrid sales on May 31st, 2007. In August of 2009, Toyota reached the 2 million sold mark. In May of 2012, Toyota announced that it sold 4 million hybrid vehicles cumulatively around the world with the Prius family making up 72% of that number.