Facebook‘s native Android app is in final testing, insiders claim, with the software – a replacement for the little-loved HTML5 app currently available for Google’s platform – nearly ready for primetime. Specific details of the new app weren’t revealed, but according to Engadget‘s tipster it’s being trialled internally with a full launch imminent. Facebook founder and CEO Mark Zuckerberg had already conceded that the social site’s HTML5 apps were woefully unsuitable. 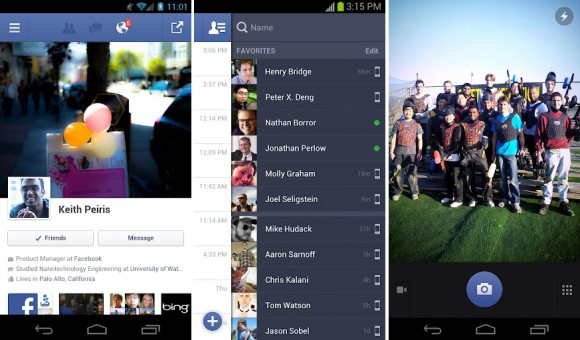 Speaking in September, Zuckerberg said that the switch from HTML5 to a native iOS app had seen users viewing twice as many stories in their news feed than before. The outspoken CEO has also described the Android HTML5 app as a “mistake” and it’s one Facebook seems keen to fix: word from inside the company suggested staff were being forced to use the Android app until they could make it better.

Mobile users are part of Facebook’s primary strategy at present, with a large chunk of regular users accessing the site via their smartphone or tablet. In fact, 600m of the 1bn active Facebook users are coming from a phone or other mobile device.

That leaves Zuckerberg & Co. with a significant problem, as mobile is far less monetized than Facebook on the desktop. The strategy for addressing that hasn’t been revealed yet, but the CEO has suggested that leveraging social data into mobile commerce is likely to be a key aspect of the push to make smartphone users pay their way.