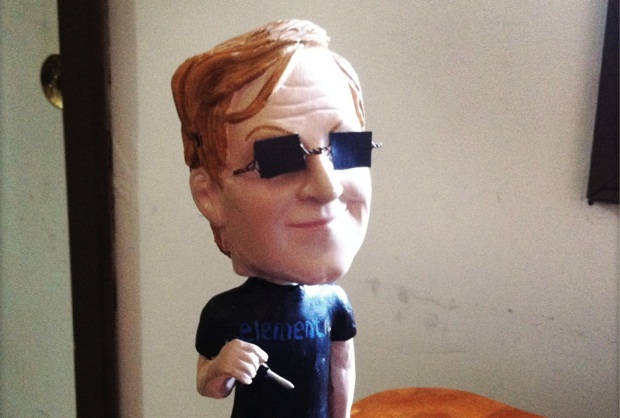 CSI: Miami might be out of production, but that doesn’t mean we’ll be deprived of casual eyewear flipping. Not if Ben Heck has a say in the matter, at least. His latest DIY project automatically swings a pair of clip-on sunglasses into view whenever it’s too sunny outside: a photocell attached to an AT Tiny microcontroller checks the light levels and, through an Arduino-based AVR MKII language, tells a rotor to spin the glasses into place. No one will be labeled a fashionista with the requisite battery pack strapped to their heads, but the construction doesn’t require CNC milling and won’t destroy a favorite frame. We’re only disappointed that the sunglasses won’t play The Who on command… yet.