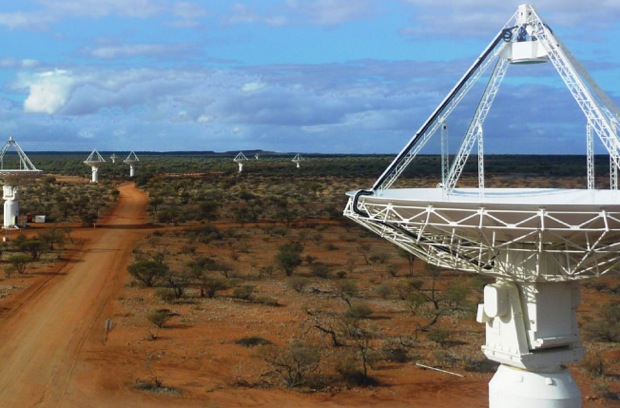 Australia’s Shire of Murchison is quickly becoming a hotbed for radio telescopes. As of of Friday, the territory is operating the world’s fastest radio telescope in the form of the Australia Square Kilometre Array Pathfinder (ASKAP). The 36-antenna grid’s eventual use of six phased array feeds, each with 188 receivers, will let it scan a field of view 150 times larger than the moon’s visible area while processing that information much faster than a typical single-pixel radio telescope feed — CSIRO estimates that an image of the Centaurus A galaxy that would take 10,000 hours to process with rivals should take five minutes with ASKAP. Ultimately, the array should grow to 60 antennas as part of the Square Kilometer Array, which includes South Africa in its hunt for pulsars, quasars and other unique parts of the universe. Just don’t get your hopes up for booking alien listening sessions anytime soon. Commissioning started virtually as soon as the ribbon was cut, and scientists have already scheduled their usage slots for the next five years. We’re sure we’ll get over any frustration when we see the first ASKAP results published within the next year.