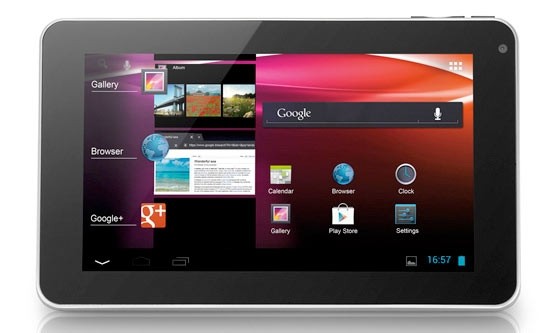 Even though Alcatel does have devices out in the market like that Venture or OT986, the company still isn’t exactly known for its hardware offerings. With the 7-inch (800 x 480) OneTouch T10, Alcatel’s entering the overcrowded Android tablet space, and doing so without much flare — especially when compared side-by-side with, say, Google’s flagship, the Nexus 7. Something also tells us the OneTouch T10 might just be one of those reincarneted slates, but that’s not to say some won’t appreciate the inclusion of Ice Cream Sandwich alongside a 1GHz, single-core Rockchip CPU, 1GB RAM and 4GB of internal storage (expandable up to 32GB via microSD). Details on pricing and availability are still a tad bit scarce, though word on the web is it’ll be priced at €130 (around $170) once it’s up for grabs in the US and Europe.