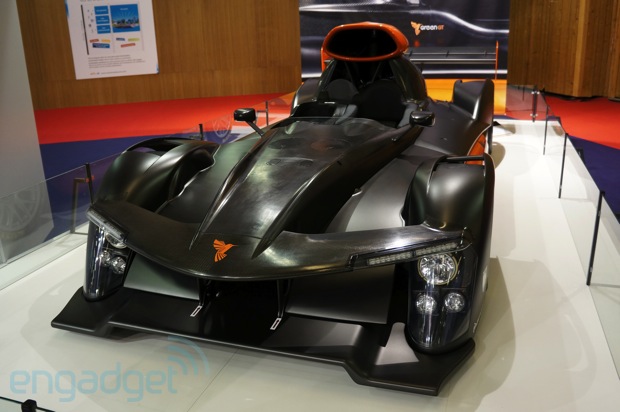 The 24 hour race at Le Mans held every year is among the most punishing automotive tests on the planet: race-bred machines running top-speed (or close) for a full day. Recently, gasoline-powered cars have had their dominance usurped by diesels, who themselves are now losing to hybrids. The next step? It could be EVs. The GreenGT H2 will take the grid of next year’s 24 hour race as an experimental entry, driving the full race distance pushing only water vapor out its tailpipe. Hydrogen is stored in the two large tanks running down the sides, while the massive fuel cell stack itself is situated behind the driver. Power output is somewhere north of 500 horsepower, which is quite healthy for a car that the company hopes will be down under 1000Kg (2,200 pounds) by the time it hits the track in anger. Enough to win Le Mans? Almost certainly not, but it’ll be fun to watch it try.

Steve Dent contributed to this report.