HomeNewsWe’re not in a GPU shortage, but it sure feels like one
News

We’re not in a GPU shortage, but it sure feels like one This story is part of Jacob Roach’s ReSpec series, covering the world of PC gaming and hardware.

2022 was a roller coaster for GPU prices. Prices started high, with the crypto boom on the verge of collapse, they crashed around the middle of the year, and now GPU prices are holding steady at much more reasonable costs. Or, at least, compared to the massively inflated prices we saw during the GPU shortage.

We’re not in another GPU shortage, but I’ve still received a handful of messages from readers concerned with how expensive GPUs are right now. As we kick off 2023, I wanted to take a look at the current state of the GPU market and where it might be headed, but more importantly, to decipher the difference between high GPU prices and a true shortage. 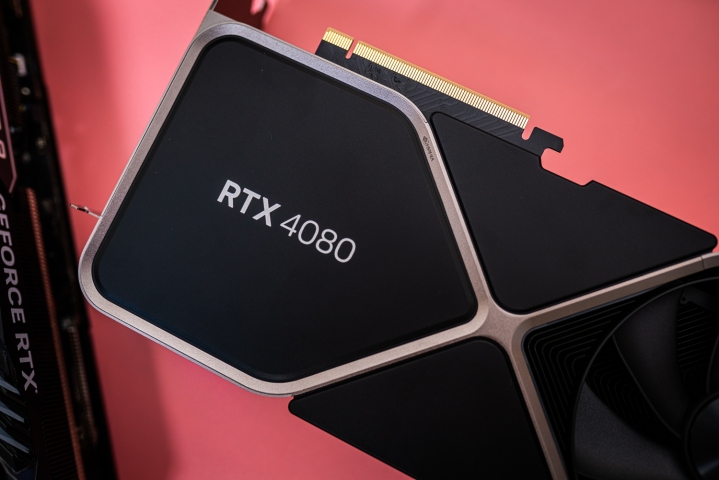 In September, I boldly claimed that the RTX 4090 wouldn’t cause another GPU shortage. If you’ve tried to get an RTX 4090 since launch, I’m sure you can imagine the proverbial egg on my face. Although I stand by that original point, there’s some nuance to it, especially months after the RTX 4090 hit store shelves.

Let’s start with the RTX 4090. It has remained out of stock since it launched, at least at major retailers like Newegg and Micro Center. You can still buy a new card with marketplaces like Newegg or Amazon, but you’ll spend around $2,200 at minimum. Many cards climb above $2,500.

We have a lot of evidence that points in the other direction, though. For starters, Nvidia’s RTX 4080 has seen pitiful sales. Scalpers aren’t able to sell them for above list price on eBay, and some claim they’ve unsuccessfully attempted to return the cards in droves. According to Wccftech’s Hassan Mujtaba, Nvidia has shipped more than four times as many RTX 4090s as it has RTX 4080s.

NVIDIA's 4090 was pretty much sold out at launch.

Even if those numbers are wrong, you don’t have to look further than the inventory of RTX 4080 graphics cards. On Newegg at the time of writing, there are six models in stock at list price. And at my local Micro Center alone, there are over 30 cards available across two models. Even terrible GPUs like last-gen’s RX 6500 XT sold out within hours during the GPU shortage, but the RTX 4080 is readily available nearly two months after release.

The same is true of AMD’s recently launched RX 7900 XT, though not the much more popular RX 7900 XTX. If you’re shopping for last-gen cards, you can find basically any RTX 30-series or RX 6000 graphics card available from a major retailer.

The situation we’re in right now isn’t a GPU shortage. If you recall the past few years, everything was out of stock and marked up on the secondhand market. This case is unique to the RTX 4090 and maybe the RX 7900 XTX, but we’re still too close to AMD’s launch to tell.

We’re not in another GPU shortage, but the effects of one are still around. High GPU prices still reign supreme. Nvidia’s CEO Jensen Huang caught a lot of flack for saying falling GPU prices were a story of the past, and rightfully so. But it was an oddly prophetic statement in hindsight.

We’ve covered the RTX 4090, but even the demonstrably unpopular RTX 4080 is much more expensive than it should be. You can find one model, the PNY XLR8 Gaming Verto, for the list price of $1,200. Every other card available sells for $1,300 or more. Board partner cards are always more expensive than list price, but $100 to $200 above after poor sales and an already high MSRP? That’s hard to justify.

Last-gen options are worse. The RTX 3080, which should retail for $700, starts at around $900 despite it being more than two years old. Lower down the stack, Nvidia’s prices are better. The RTX 3060 Ti is about $50 over list price, as is the RTX 3060, and the RTX 3070 Ti is $100 over list price. It’s important to remember the age of these cards, though. They’re last-gen, and they should be selling for less than list price at this point.

These prices are a situation unique to Nvidia, and AMD’s GPUs provide a lot of context for where GPU prices should be. AMD’s RX 6950 XT debuted at $1,100, but you can find models in stock for around $800 now. Nvidia’s competing RTX 3090 Ti is available in a refurbished capacity for about $1,200. That’s a decent cut below that card’s list price of $2,000, but it’s also the same price that Nvidia announced back in August 2022.

In August, when Nvidia said it had “excess inventory” of RTX 30-series GPUs, the writing was already on the walls. Nvidia’s pricing is so much more expensive this generation compared to the previous one. The RTX 4080 is $500 more than the card it’s replacing, and the rumored RTX 4070 Ti could be similarly more than last-gen’s RTX 3070 Ti. With much higher prices, Nvidia doesn’t have to compete with its last-gen offerings, and they can continue to sell at or above list price.

Compare that to what AMD is doing. The RX 7900 XTX and RX 7900 XT occupy the space that last-gen’s flagships did, forcing prices down. Let’s not be naïve here, though. Although it’s true that AMD’s steadfast pricing is lowering the cost of last-gen options, Nvidia holds nearly 90% of the desktop GPU market. AMD needs lower prices to stay competitive. Nvidia doesn’t.

I’m hopeful that we’ll see a big drop in GPU prices throughout 2023, and for two reasons. The first is the RTX 4080. Customers have voted with their wallets and clearly showed that the pricing of that card is unacceptable, and I don’t imagine Nvidia will continue to release cards with similar markups if they continue to see poor sales.

The second reason is that we’re past the flagship phase. Throughout 2023, AMD and Nvidia will release the GPUs lower in their product stacks, and that’s when we’ll start to see current-gen and last-gen GPU prices really competing. AMD has already put some pressure on Nvidia with its RX 7900 XTX going up against the RTX 4080, as well. In the $300-$500 price bracket, a similarly competitive GPU from AMD would force Nvidia’s hand.

Still, there’s no doubt that AMD and Nvidia want to keep GPU prices as high as possible. That’s why they’re in the GPU business. Although I’ve praised the RX 7900 XTX here for its competitive pricing against the RTX 4080, it’s important to remember that AMD’s RX 7900 XT is also far more expensive than it should be. If AMD had a grip on the GPU market like Nvidia has, we’d likely see similarly high prices from Team Red.

The real competition is in the midrange where a $50 or $100 difference is all it takes to sway a buying decision. 2023 should bring these midrange cards, and that’s hopefully when the high GPU prices we see now will start to fade. We’re out of the GPU shortage, after all.